Forget You Ever Knew Me 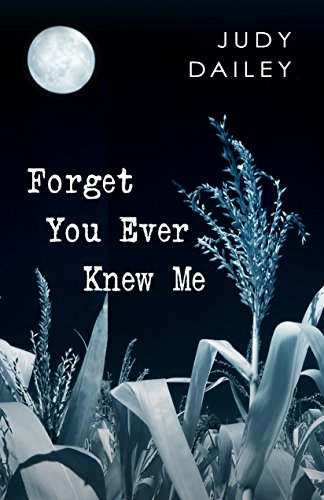 “Dailey writes with a masterful hand as she ties together the beginning and ending of the book in a surprising twist.”

Readers who enjoy historical fiction wrapped around a mystery will find a satisfying read in Judy Dailey’s Forget You Ever Knew Me. The story moves back and forth between 1952 and 1992, during the time of Presidential elections. Politics play a major role in this novel, as do the attitudes and mores of the U.S. culture toward minorities and women.

The story’s protagonist, Maggie Kendall, is a young doctor and mother who works at a free clinic on the poor side of town in Zillah, Indiana. Maggie feels at home in this environment, having previously worked at a free clinic in Chicago. Now, in Zillah, she and her husband live with her mother-in-law, Louisa, a domineering old school woman trying to cement her dead husband’s legacy by having a hospital wing named in his honor. Maggie battles Louisa and the administration of the local hospital in Zillah throughout the story.

The 1950s were a time when blacks were highly discriminated against, even to the extent that they had separate medical treatment. Maggie was idealistic, and her progressive thinking caused the establishment in the small town to unite to thwart her every effort to change the status quo. She’s at odds with the Ku Klux Klan, public schools, and a local pol with national political aspirations. Even the local news media eventually join the fray and suggest Maggie is a member of the dreaded Communist party.

Dreadful things happen, borne of hatred and racism. Maggie is caught in the middle and makes a life-changing decision that causes her to disappear, leaving her beloved daughter, Ellie, behind to be raised by Louisa. Years later, Maggie is compelled to return to Zillah and the truth finally becomes clear.

The author has done a marvelous job of bringing past and present together, while still maintaining a keen interest in the story. Her description of wretched conditions and treatment in the clinics, and the prejudice encountered by Blacks during the early 1950s is real and insightful. Dailey writes with a masterful hand as she ties together the beginning and ending of the book in a surprising twist. Readers will always remember, Forget You Ever Knew Me.