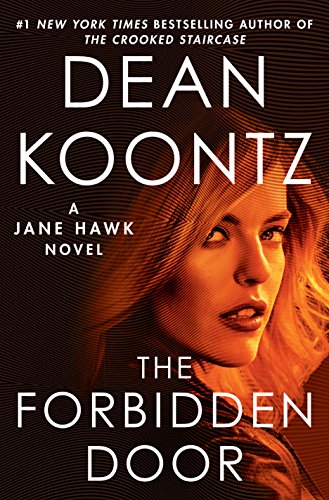 Jane Hawk, one of the brightest former FBI agents, is now a much-sought-after fugitive. Still grieving over her husband Nick's untimely death, she is aware of activities that can destroy America.

An undercover group referred to as the Techno Arcadians led by an entity termed The Unknown Playwright are on a mission to change the nation to suit their own malignant needs. They know Jane has knowledge of this factor, and their plight is to exterminate her before she can report of their existence.

Jane is a well-trained and agile agent able to prevent capture. Stealth and intelligence play in her favor in her vengeance to stop this faction that murdered her beloved Nick. She secrets her five-year-old son Travis with trusted friends, for if the Arcadians locate him—her biggest weak spot—it will mean the end of both their lives.

While finding Jane becomes tantamount in this hunt, there also is the in-depth quest to locate Nick's parents, Ancel and Clare Hawk. It is believed they are informed of Jane and Travis's whereabouts.

Jane learns that Gavin and Jessie Washington who were entrusted to care for Travis in Borrego Springs, CA, have been found slain after leaving their premises. Now, more than ever she is resolute in her need to rescue her son before he can be captured.

"She could not let fear paralyze her, but neither could she allow it to hurry her into reckless action. During her six years with the Bureau, she'd endured harrowing encounters with serial killers and mass murderers, and during the past few months, with a world of totalitarian sociopaths in pursuit of her, she had faced and escaped more lethal threats than in her entire FBI career. She survived because she could stay cool in the hottest circumstances."

Members of the Arcadians passing themselves off as FBI, TSA, and NSA bureaucrats scour Texas for the elder Hawks. The Hawks believe their home is bugged, so they play into this "game" by pretending to be upset by Jane's and Travis's present situation. Stating they are going to bed for the night, they discretely flee. The so-called government agents finding their place empty, head to the nearest ranch for leads.

It is here at the Longrin's homestead where ruthless, quasi-agent Janis Dern resolves she does not like the daughter Laurie, and decides to infuse her with the nanomachine implants, a substance the Arcadians use to transform citizens into becoming followers.

"That's where they find a vein and inject you. With three big ampoules holding maybe millions of tiny machines suspended in liquid, each just a few molecules. Nanoconstructs. They swim through your blood, into your head, assemble themselves into a web, a control mechanism powered by the electrical current in your brain. Then you're told to forget it happens, and you forget. For the rest of your life, we own you, but you don't know it. For the rest of your life, you do exactly what you're told, and you're happy to do it. If we say kill your sisters, you will. If we tell you to kill yourself, you will. No more snark from Laurie Longrin. No more smirking, no cheeky backtalk, no attitude. Just obedient little Laurie, so eager to please, eager to kiss my ass if I want it kissed."

The search continues as Jane worries about Travis, though he knows where to go if something should happen to Gavin and Jessie. Travis, with the Washingtons’ two German shepherds, trek to the home of Cornell Jasperson, an eccentric millionaire with severe fears and anxiety problems. Cornell, a loner, abides in a bunker he built anticipating the end of the world. Only the Washingtons know of his existence, so this is a safe place for Travis to stay until Jane can get to him. What surprises Cornell is how he bonds to the child as well as the canines, for he's never been close to anyone. He realizes he is now placed in a precarious position, yet he is determined to protect Travis.

Jane not only wants to save her son and in-laws, but she must also the rescue America before its populace is enslaved by a bunch of sociopaths. In this lively cat-and-mouse scenario, Jane demonstrates how powerful a mother's love can be as well as her determination to bring down the Arcadians.

As Jane races to save Travis, she comes upon many obstacles, observing victims causing mayhem after being driven insane by the toxic injections.

Koontz gives a traumatic account of something that is improbable, but not impossible. His well-described scenarios show how government agencies could become corrupt. Details about weaponry and specially designed vehicles and head officials thirsting for power and domination may cause speculation and terror. Compelling and enthralling, The Forbidden Door concludes with a cliffhanger in anticipation for the next release in this series.