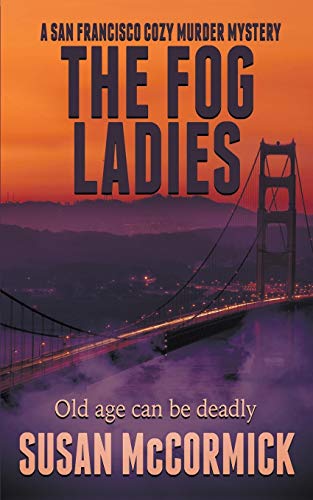 Sarah James is a medical intern in San Francisco living in a pre-war building in Pacific Heights. Overworked and often exhausted, Sarah enjoys her neighbors who are mostly senior citizens.

One morning while in the laundry room, she is surprised when Mrs. Carmichael informs her one of the tenants has had an unfortunate accident. Mrs. Bridge, a woman somewhat younger than the others and one who rarely said a kind word about anyone, toppled off a stool she stood on to clean bugs out of her overhead light. With her fall she cracked her skull, dying instantly.

"Mrs. Carmichael clasped her basket against her pink housecoat. 'Seems like all I do these days is go to funerals. Mrs. Glenn, Mrs. Talwin. Now Mrs. Bridge.' She sighed and turned to leave. 'I guess that's the price of growing old.' She gazed back over her shoulder at Sarah as she left. 'A young thing like you wouldn't know about funerals.'

"But Sarah did. Her parents both died young. She saw death at the hospital, not only on the trauma rotation or in the ICU but all those quiet deaths when patients were 'DNR' or 'Do Not Resuscitate.' She knew about funerals."

Mrs. Bridge was offensive, but Sarah was the last one to see her alive, and she feels it her duty to go to the funeral. She joins the other women already there:

"The Fog Ladies. Six women—now five. They played gin rummy on Mondays and Fridays, volunteered at the hospital, and kept each other company. Mrs. Noonan told Sarah you could count on them like you could count on early morning fog. "Every morning Sarah heard the weather report on the radio and every morning it was the same—early morning fog burning off by midday. Sarah started to think of the group of women as the Fog Ladies. She told this to Mrs. Noonan who loved the name and promptly told the ladies. From that day on they were the Fog Ladies."

Now that Mrs. Bridges is deceased the remaining members include Mrs. Noonan, a woman Sarah compares as a grandmother-type, who bakes a lot, and whose feline likes to visit Sarah; Mrs. Carmichael, a busy body with a feisty dog named Snowball and an addiction to Starbucks coffee since she started clipping free coupons she took from the other resident's newspapers; Mrs. Gordon who always smells like lilacs and blames herself for Mrs. Talwin's demise after giving her lilac-scented bubble bath. (The 80-year-old woman allegedly died when she slipped and hit her head in the tub making Mrs. Gordon believe it was from using the bubble bath, though her death was listed as a stroke.); Mrs. Flynn, a very pious woman who attends Catholic Mass every day and believes everything that happens is God's will; and Mrs. Honeycut, the last of the group who does not live in the building with the rest, yet she surmises something fishy is going on with so many deaths occurring in a short period of time, and before long, her ruminations have the others thinking this, too.

As Sarah bonds closely with the retired women, they consider her a new member of their group. Caught up in their suspicions she soon becomes frazzled. To make matters worse, after misdiagnosing a young patient who later dies, she questions if she's in the right field.

Accidents happen, and when Mrs. Noonan falls down the stairs, she expresses to Sarah someone pushed her. Is someone in the building trying to do away with the elderly residents?

The suspects are many: There's Chantrell, an unwed teenage mother, who the ladies are helping. Visiting Mrs. Gordon often, she ends up moving in with her baby, Owen. She claims she's afraid of Big Owen, the baby's father, saying he abuses her, though she is known to lie. They do admit Big Owen is a menacing figure and may be angry the women for sheltering Chantrell and his son.

Rick, a young man who lives upstairs from Sarah is an aloof airplane pilot who acts mysteriously, so Sarah wonders if he has anything to do with the deaths and accidents.

The Fog Ladies believe Tommy, the maintenance man, is causing all the mishaps. They think he is fed up with their many calls for repairs and has had enough. But who can be guilty?

The Fog Ladies is a refreshing novel and it’s sweet how the older tenants take Sarah under their wing. At the start, it is somewhat unusual that they're all referred to as Mrs. and not by their first names. This may simply be the fact that the author is showing respect, which is praiseworthy. The colorful characters are sure to enchant the reader, and the mystery will keep them guessing until the surprising finish. This San Francisco Cozy Murder Mystery is a suspenseful whodunnit.