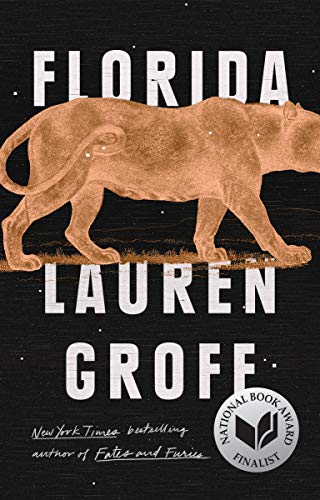 “Groff’s characters are so real, complete with their flaws, fears and eccentricities, that they will stay with you long after you have left Florida.”

For many, Florida conjures images of sun, sand and surf, of sweet drinks with umbrellas and bikinis, spring break and childhood memories that can’t help but last forever.

But not Lauren Groff’s Florida, as described in her latest book of short stories by the same name. Groff’s Florida is a harsh, unforgiving landscape, one full of snakes and alligators, crippling humidity and even rapists.

This bleak landscape is the backdrop for several of the darkest, most harrowing stories in the novel, including a little boy abandoned by his mother and left with only his father—who hunts snakes for a living and asks him to do the same.

Two little girls are abandoned—again, by their mother—on a desert island, the older one boiling water and foraging for food though she is barely in elementary school, to try to keep her little sister alive while they wait for help.

A recent widow decides to ride out one of the things Florida is perhaps most famous for, a catastrophic hurricane, and passes the night with several bottles of expensive wine from the cellar and visits from the ghosts of all the men of her past, including her dead husband.

A former PhD candidate leaves behind her life and becomes homeless, whiling away her days on a Florida beach where she muses that all this time she had been trying to become thin, blonde, and tan and simply being homeless and having nowhere to go but the unrelenting Florida sun helped her accomplish all three.

The character that seems to temper the darkness, though she certainly has her own demons to battle, is a young writer and mother of two sons, a reluctant Florida transplant who is trying to adjust to this new life. Her fears seem to be exacerbated by the Florida humidity. Fear of her own untimely end that would cause her to leave her sons. Fear that one of those boys could be taken from her. Fear that if she bothered to look even a little she would realize that her husband’s flirtation with a friend—a now-divorced friend—would result in a realization of something that she doesn’t want to know, something that she would have to face, something that would likely result in the dissolution of her marriage from a man she loves, one she refers to as a “gentle giant.”

This brilliant and beautifully written volume ends with the story of this same mother, taking her four- and seven-year-old sons to France for a research expedition where she learns that, like her boys, she hates the subject she is researching and her trip may have been for naught.

She spends her days drinking too much wine and eating too many sweets and faces the very real challenges of writer’s block, a husband who works too much, and children who are disappointed by his lack of presence in their lives.

While the adventure through France seems like a perfect escape, one where she can leave behind the state that she feels is stifling her in more ways than one, this story ends up being the perfect one to end on as the protagonist seems to speak for all the characters in the volume when she realizes that, against all odds, despite this idyllic French vacation that she has undertaken, Florida is where she ultimately belongs.

Where some books of short stories can feel fractured and disjointed, each of these stories seems to fold into the next one, disparate characters becoming related through the backdrop that connects them all and keeps the pages turning. As in her novels, Groff’s characters are so real, complete with their flaws, fears and eccentricities, that they will stay with you long after you have left Florida.