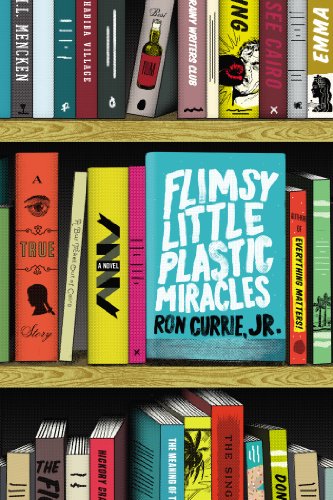 Written in a rambling narrative style, jumping back and forth from one topic and venue to another, the author has penned a novel sure to capture the imagination. The style may not be to everyone’s liking, but the substance exists and that saves the story and compels the reader to move through pages.

The book’s protagonist suffers from a complexity of problems, including a book he’s written that’s destroyed in a fire, a father who suffers from lung cancer and eventually succumbs to the disease, but most of all, a lifelong obsession with a woman he cannot have. Their random, vicious lovemaking sessions will titillate those with prurient leanings. Moreover, the hardcore drinking and resulting consequences are both curious and entertaining.

Overwhelmed by growing difficulties in his life, the troubled writer escapes to a Caribbean island ostensibly to write another book, but pragmatically to leave his melodramatic life behind. Yet his escapades, both on the mainland and the island, combined with his excessive drinking, make for a less than tranquil odyssey.

Then his total infatuation with the woman he loves leads him to uncover certain truths about himself, kicking off that first domino in a plan to stage his own suicide.

His successfully staged fake demise launches his unpublished work to the forefront of the industry, catapulting the once mediocre writer into an instant celebrity—albeit a dead one. But his decision to eventually “return” to life, and therefore to reality, causes a tsunami of negative reaction that begins to reverse his ill-gotten fame.

For those looking for conventional writing—logical flow, chapter headings—this novel may disappoint. But if a novel that breaks all the rules is sought, Flimsy Little Plastic Miracles will meet that expectation. Ron Currie, Jr. is an award-winning author whose style has piqued the industry’s interest. His newest offering will not disappoint.