The Flight Portfolio: A novel 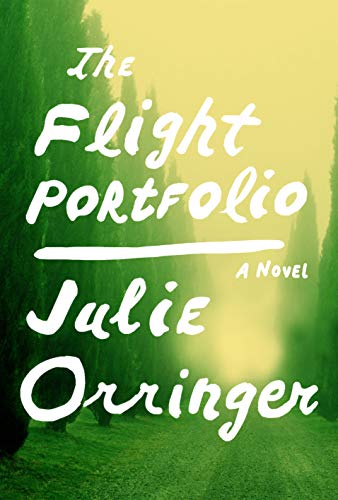 “Certainly this novel is timely, a reminder of the United States’ inexcusable inhumanity 70 years ago when it cruelly blocked desperate refugees.”

Varian Fry was a true-life hero: A blue-blood American journalist, he spearheaded the rescue of nearly 2,000 artists, intellectuals, and political activists—including Marc Chagall, Max Ernst, and Hannah Arendt—from Nazi-occupied Europe in 1940 and 1941, against the opposition of both the U.S. State Department and the Nazi authorities in Vichy France, his headquarters.

That alone would make a page-turning historical novel. Maybe 350 pages?

But in The Flight Portfolio, author Julie Orringer has embroidered the basic narrative into a tome of nearly 600 pages in two ways, one somewhat justifiable and one ham-handed—with a clandestine romance and with leaden, sometimes melodramatic padding.

Thus, the fictionalized Fry simultaneously agonizes over whether he’s truly saving any lives and whether he should just grab a second chance for happiness with his long-lost college lover: “How was he keeping anyone safe now? How was he helping anyone escape? The border was still closed . . . And meanwhile his thoughts had been on Grant, always on Grant. Where was Grant now? Was he safe, or menaced by these bombs?”

In creating the character of the brilliant and sexy Elliott Grant, Orringer fleshes out a controversial rumor that Fry had been a closeted gay man, a story that his family and his World War II colleagues have denied. (Fry himself died in 1967.)

That subplot is fair enough, artistically. It provides a human side to Fry’s heroism and complicates what even this novel portrays as genuine love for his wife, Eileen Hughes, an editor at the Atlantic Monthly magazine who constantly urged Fry to return home to New York. Eileen represents “all hope of a life that at least appeared ordinary from the outside.”

And it’s understandable that Orringer—whose debut novel The Invisible Bridge traced her own family’s survival in World War II Hungary—really, really wants readers to appreciate the obstacles Fry faced, whether from Gestapo goons or reluctant refugees.

However, she seems to have included in this book every obstacle, every person Fry helped, and even every dinner he consumed in his 13 months in Marseilles. For instance, 17 pages are devoted to a soiree among the refugees, including 16 guests’ answers to a parlor game.

Just as annoying, Fry repeatedly agonizes over the same questions: Is his mission hopeless? Should he dump everything to rekindle his affair with Grant? What should he tell Eileen?

How many times does a reader need to hear the equivalent of: “Grant’s world had come undone, just as Varian’s had. Neither of them had any idea what they were supposed to do. They were in each other’s hands, and yet they couldn’t trust each other.”

There is one masterly plot twist. Unfortunately, it comes significantly after page 400—if a reader gets that far.

The positive side of such a long book is that Orringer clearly did a lot of thorough research, from Fry’s biography to forties fashions.

Certainly this novel is timely, a reminder of the United States’ inexcusable inhumanity 70 years ago when it cruelly blocked desperate refugees.

As well, there are many gems of sharp, original language among the bloat of perpetual monologues and repetitive dialogues. A concentration camp commandant’s “uniform had been threatened into a state of crisp perfection.” A nervous housemaid is “strangling her index finger with one dark curl.”

At one point, Fry muses, “There were certain nights in Marseille that seemed to go on forever.”