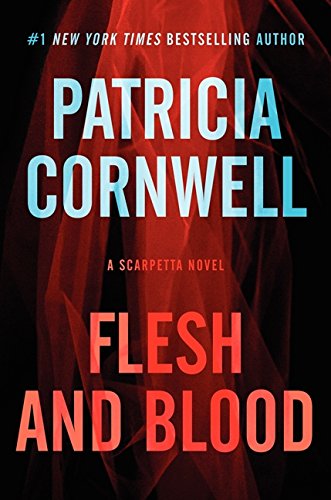 It's July 12, 2014, and Dr. Kay Scarpetta's birthday. Her FBI profiler husband, Benton Wesley, is surprising her with a relaxing vacation in Miami. The morning of they are due to leave Kay discovers seven shiny 1981 pennies lined up on the back wall in her yard. She wonders if they signify a threat or if a neighborhood child put them there. The year 1981 is noteworthy, for it is the year of Kay's niece, Lucy's birth.

Kay and Benton are enjoying a light breakfast on the patio when Lucy flies overhead in her helicopter. Lucy, more like a daughter than a niece to Kay, is a computer genius. But Lucy hasn't been herself of late, and Kay hopes she will confide in her.

As they prepare for their trip, Kay receives a call from Detective Pete Marino informing her of the homicide of local high school teacher, Jamal Nari, shot while unpacking groceries from his automobile. This man made a big commotion about being victimized by the government. Is the government responsible for his demise?

The crime scene is not five minutes away, and Marino suggests this killing is similar to two other murders that happened in prior months in Morristown, New Jersey. Not only does he request she come to the scene, but insists she and Benton get inside the house and out of the range of a sniper.

Kay arrives, and upon inspecting the victim, discovers shards of copper, the only clue as to the ammunition used. Benton hands the pennies Kay grabbed from her yard wall which he put and a baggie and labeled. He instructs Marino get them analyzed immediately. Do the pennies and the copper from the bullets have anything in common?

This whole scenario is strange for Kay received a tweet with a poem and note a few weeks before which she considered came from a disturbed individual, going by the name "Copperhead." Could someone be after her, but in the interim killing others? Though neither she nor the other victims share anything in common, Kay realizes it is up to her to get to the bottom of this mystery.

Lucy flies Kay, Benton, and Marino to New Jersey to dig for similarities between the two killings there and this latest one in Cambridge, MA, Kay's hometown. Both Kay and Marino conclude this recent murder is connected to the others.

Meanwhile, Lucy becomes more distant, upsetting Kay. She observes Lucy no longer is wearing a ring her partner Janet gave her and speculates the two parted ways. Trying to keep her mind on the case, Kay becomes more aware of Lucy's odd behavior—she is monitoring everyone nearby, fidgeting, and filled with anxiety. Surely Lucy cannot be involved in these killings. As the investigation progresses, it appears Lucy may be privy to something she does not want Kay to know.

Cornwell's prose is engaging with similes, such as the description of when their helicopter is landing: "Rotor wash agitates the green canopies of trees, their heavy limbs beneath our skids. The pale undersides of leaves flash like the palms of upset hands, and the wooded hillside abruptly opens, leveling into the airfield."

Yet Flesh and Blood, the 22nd novel in the Dr. Kay Scarpetta's series, is somewhat stilted and drawn out. Increasingly long illustrative areas could be more comprehensible to those in either the medical or criminal justice fields.

With regard to medical terminology, the following would be better understood by those familiar with the vernacular: "Instant death is rare. It can be caused by the dislocation of the C2 from the vertebral body. . . . when the victim suffers a hyperflexion..."

A description of weapons is difficult to understand, with this example: "A .308caliber 190 grain LRX bullet shot from a .300 Winchester Magnum isn't something you usually see."

It appears Ms. Cornwell wrote this novel to target (pardon the pun!) doctors and law enforcement personnel. Some plot parts and characterizations are entertaining, but too many distracting offshoots and terms tend to confuse the layperson. To add to the disappointment, the conclusion is hurried while the majority of the story is drawn out with extraneous characters and information.