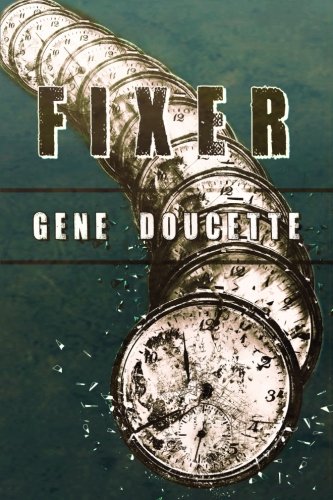 “. . . just the right amount of suspense, mystery, and violence to keep the reader on edge.”

Fixer transports the reader into the future as the story’s protagonist, Corrigan Bain, uses his unique gift of seeing several seconds ahead of the present to rescue total strangers from injury or death. He’s called a fixer.

Handed this albatross by a dying man with the identical ability, Bain is also given enough money to live on for the rest of his life. Unencumbered by a conventional job, Bain spends his time searching the streets of Boston for unfortunates who are about to be accidentally harmed in some way. But with so many variables involved in changing the immediate future—such as bystanders and possible alternate endings—Bain sometimes thinks he is going insane.

Meanwhile, unbeknownst to him, graduate students from nearby MIT have been conducting experiments related to looking into the future. They somehow stumble upon the ability to see several seconds ahead, just as Bain is able to. And they also discover a deadly secret, one that has haunted Bain since his childhood.

When the grad students begin to die one by one from what initially appears to be accidents, FBI agent Maggie Trent inserts herself into the case. The attractive fiery redhead knows Bain from a previous case and is aware of his unique ability.

She enlists his help to prove her hypothesis that the students’ deaths were anything but accidental. Bain and Trent’s sometimes personal relationship is an interesting twist to this atypical concept that has the story taking place simultaneously in the present and future.

Throughout Fixer, the author interjects enough science to make the tale plausible. Additionally, Mr. Doucette adds just the right amount of suspense, mystery, and violence to keep the reader on edge. By adding invisible antagonists, he challenges readers at times to suspend disbelief. It works; add terror to the list of emotions evoked.

Fixer is a fast-paced thriller, guaranteed to capture and tightly grip any reader.