Five Days Gone: The Mystery of My Mother's Disappearance as a Child 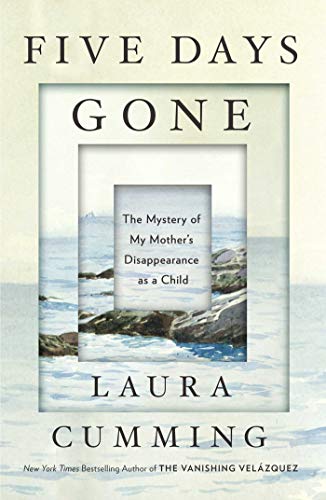 In 1929, three-year-old Betty Elston is playing on the beach, and suddenly she isn’t. For five days a frantic community searches for the little girl, when suddenly she appears back home in good health and with new clothes.

Betty Elston was adopted by George and Veda Elston, a middle-aged couple, when she was three years old. Her birth name was Grace E. Blanchard. Upon adoption, she became Betty Elston, and never knew anything different until the search began in the 1960s.

From Cumming’s perspective, everyone in the town of Chapel St. Leonards on the northern coast of England in Lincolnshire, knew some, if not all of the details of Betty’s birth and adoption. Everyone that is, except Betty.

Veda is described as caring, but also somewhat remote, “Veda never played with Betty . . . Betty must stay inside the garden behind the hedge . . . or remain glumly indoors with Veda. Naturally, with hindsight, this must have had something to do with the kidnap . . .”

Cumming’s ongoing search over a number of years and with travels throughout England’s northern coast pays her well in getting to the truth. The kidnapping, in the end, proves only a small piece of the puzzle. Learning the truth about the event leads to further trips through the maze until the certainty of Betty’s birth rises to the top.

Five Days Gone is a book that is hard to put down. Even the side stories prove to be metaphors of the life of a little girl who grew up without a past. It is a satisfying ending to a curious mystery.