The First day of the Rest of My Life 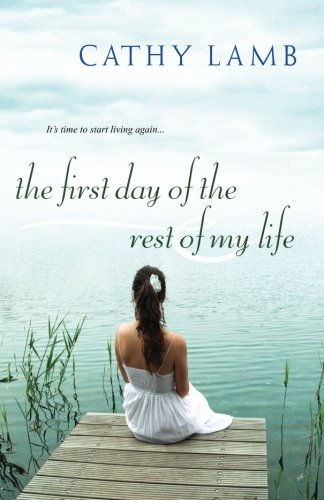 “The blending of three or more generations and the secrets they harbor keeps this story moving briskly, culminating in a satisfying ending that makes us believe that despite heartache and angst, there can be such a thing as happily ever after.”

Madeline and Annie O’Shea are sisters who have suffered unspeakable childhood traumas. Raised by parents they love, the girls become desolate when their father perishes at sea. Their mother, Mary Elise, takes charge and becomes their whole world.

They often accompany their mother to Mary Elise’s French Beauty Parlor on Cape Cod, which is the favored gathering place for the local women. The girls are embraced and loved by the patrons and staff alike. While there, they are often privy to local gossip, and though they do not understand half of it, they flourish under their mother’s love.

Not long after their father’s death, Mary Elise marries a vile and nasty man named Sherwinn Barnes. The girls not only fear him, they also hate him immensely.

Mary Elise starts suffering from horrendous headaches and is diagnosed with an inoperable brain tumor, so Sherwinn steps in to take care of the girls—and take care of them he does, but not in a good way. His actions and those of his two buddies are revealed after Annie becomes ill at school and is hospitalized. Madeline, refusing to leave her sister’s side, is coaxed by the police—with their assurance of the sisters’ safety—to reveal exactly what Sherwinn and his friends have done to her and Annie.

As we switch between Madeline and Annie’s adult lives versus their childhoods, we learn more of the outcome and degree of their traumas. Annie’s fear and mistrust of people has her becoming a veterinarian, and she is only close to her sister and grandparents. Madeline starts a successful business as a life coach, though feels she is an imposter by trying to help others gain control of their lives when she has no idea where her own life is taking her.

This complex yet riveting novel begins somewhat slowly, but soon captures the reader’s attention with the tease of secrets and suffering to come. Ms. Lamb includes several subplots that involve many eclectic and off-the-wall characters that add humor to an otherwise humorless story.

The blending of three or more generations and the secrets they harbor keeps this story moving briskly, culminating in a satisfying ending that makes us believe that despite heartache and angst, there can be such a thing as happily ever after.