Finding the Raga: An Improvisation on Indian Music 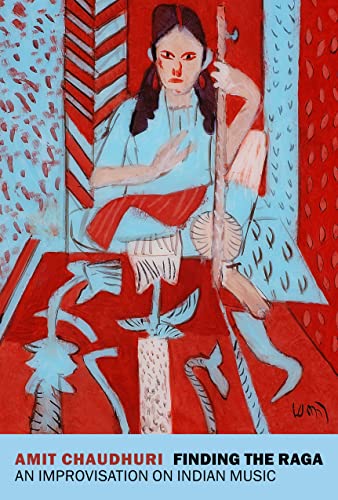 Rudyard Kipling—the Anglo Indian novelist, short story writer, and bard of the British Empire—must have known that it wasn't true when he wrote, "East is East, and West is West, and Never the twain Shall Meet."

After all, Kipling merged East and West in his own head and fused them in books like Plain Tales from the Hills, a collection of short stories, and in his novel, Kim, which is a retelling of The Adventures of Huckleberry Finn.

Mark Twain took a white kid and an escaped Black slave and sent them down the Mississippi. Kipling took an Irish boy and an old Tibetan lama and traced their epic journey across India.

If Kipling wanted evidence that East and West do in fact meet, he would not have to look further than Amit Chaudhuri's Finding the Raga. A modern masterpiece that's elegantly written, Finding the Raga is part autobiography, part cultural criticism, and part meditation on East and West.

The author was born in India in 1962. A singer, a musician, a novelist, and a university professor, he teaches literature at the University of East Anglia in England and creative writing at Ashoka University in India.

Chaudhuri's students in both the East and the West must regard him with a sense of awe. In Finding the Raga, he moves back and forth from his boyhood to his adulthood and from India to England and back again to India.

He also pivots from music theory to a cogent discussion of how the blues are similar to the "raga," which Google defines as "a pattern of notes having characteristic intervals, rhythms, and embellishment, used as a basis for improvisation."

If you have heard the music of Ravi Shankar or his daughter Anoushka you will have some idea of what a raga sounds like, though they have evolved over the centuries and are still evolving. Today, there’s raga rock.

Chaudhuri has helped to move the raga into 21st century.

Finding the Raga provides a good introduction not only to Chaudhuri's writing, but also to Indian music, Indian culture, and Indian thought.

The author is often at his best when he zigzags back and forth from Bob Dylan and Julie Andrews to Boy George, Dante, and Tagore, the Indian author who won the Nobel Prize for Literature in 1913.

Chaudhuri tells readers that critics of his own work have argued that he doesn't come to "the point." There is some truth to that assertion. Chaudhuri approaches a point he wants to make and then backs away, only to approach the point again from another direction.

It's also fair to say that he doesn't come to "the point," but rather to many different points, like "Tragedy creates meaning" and "Music was one facet of Indian culture the English colonizer simply didn't understand, and didn't care to."

Perhaps the best thing about Finding the Raga is that it can make the reader a better listener and more aware of sounds. "I love listening to the world," Chaudhuri writes. He adds, "All sound is music."

Apparently there is no room for noise in his world.

Whether this book is truly a work of improvisation isn't clear. Improvisation is an elusive thing. Near the end of this book, the author asks '"What's meant by 'improvisation'?" He adds that, "There's no word in the Indian languages that corresponds exactly with the term or idea." And if there's no word for it, how can it exist? one wonders.

Finding the Raga asks as many, if not more, questions than it answers. It's a book for East and West, listeners and musicians, lovers of Hindustani classical music and American rock 'n' roll.

Chaudhuri is all ears. He might make you into an all ears human being, too.