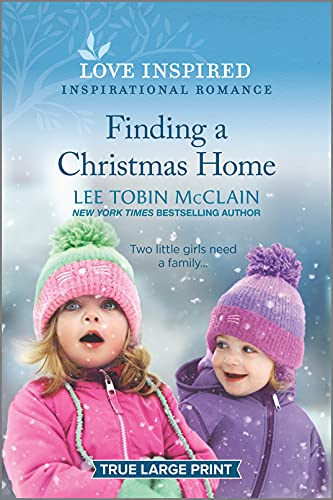 Hannah Antonicelli is heartbroken when her older sister Marnie succumbs to an overdose. She prayed she could have helped Marnie with her problems, which riddles her with guilt as well as grief. Not only is her sister's death a loss to Hannah and their mother, but Marnie left two 18-month-old twin daughters, Addie and Emmy, and a secret she begged Hannah never to reveal.

Not about to abandon her precious nieces, Hannah moves in with her mother in Bethlehem Springs, OH, as her home is much larger, and they both can care for the orphans. Never having experience with youngsters, Hannah is stretched thin and frustrated, but most of all, totally in love with the little ones. She vows to do right by her sister and raise them to be happy children, and she thanks God every day her mother is helping because she cannot do this alone.

Gabby Markowski, a friend of Hannah's, gives her the part-time position as a dog trainer at Rescue Haven, a canine shelter that she and her husband Reese own. The center, connected to the Learn-and-Play, a daycare facility for children, is where she can leave the twins while working, knowing they are getting good care.

Hannah encounters Luke Hutchenson while on the job; Luke, is a neighbor and an old friend of Marnie's. Hannah had had a crush on him since she was a little girl when he helped her out of a difficult situation. Surprised to see him, she learns he is back home to help his ailing father, who needs surgery.

Upon seeing Luke, her heart quickens, and she finds herself tongue-tied around him. Known as a "bad boy," with his brother Bobby incarcerated for his part in a robbery and murder and his father a cantankerous drunk, the Hutchenson family has gained a reputation around town. Yet the old spark remains with Hannah as she glances at the handsome grown man.

Luke is also now working at the shelter, and Hannah trembles at the thought of seeing him every day. Flustered and nervous, she doesn't know how to relate to him, though she daydreams about being his girl, which she understands can never happen. Shy and awkward around men, Hannah doesn't even date.

Mrs. Markowski, Reese's aunt, and another wealthy benefactor have offered the rescue center a proposal to contribute money to turn it into an up-to-date canine training complex.

As Hannah exclaims her gratefulness for the twins being able to stay at the Learn-and-Play, Reese adds tells the group about their challenge:

". . .'Mr. Romano and my aunt have teamed up to offer us funds to renovate the old storage barn into a new dog-training facility. They're hoping we can use it for the dogs here, plus bring in paying customers from town who'll help fund our programs. And, as a bonus, we'd get more townspeople interested in Rescue Haven.'. . ."

Of course, there's a catch: they need to get the barn cleared out and all the main construction done by the end of the year before Mrs. Markowski heads to Florida for the winter.

Realizing there is a lot involved and time is of the essence, Hannah is determined to make a go of it. This would mean a permanent full-time job and benefits, which she desperately needs for the girls. But when she learns she'll be working closely with Luke, her insides turn to jelly.

The two manage well together and develop a camaraderie in which Hannah feels safe and protected. As they grow closer, they divulge secrets from their pasts. Luke states how he sunk very low and had become a person he was not happy to be but managed to change his life and is now an upstanding man. Hannah discloses an incident she faced when she was 12 that made her shy and withdrawn. With them conversing and becoming close, Luke finds he admires Hannah more and more. All the while, Hannah falls deeper in love with him, though with their history, they both realize there could never be a future for them. Luke, once a wild child, and his family are still being belittled by the townsfolk. And Hannah, promising never to give up Marnie's secret, knows she cannot even consider a relationship with the information she withholds.

Hannah would love a husband, family, and loving home but fears this will never happen. Meanwhile, Luke, now settled and more mature, realizes he wants the same as Hannah.

Finding a Christmas Home is book number three in the Rescue Haven series. It is fast-paced and a quick read, yet the character's points of view often become confused and jumbled together. Emotions run wild as both Hannah and Luke harbor feelings of insecurity and pain from their pasts, as well as self-doubt about what lies ahead. Though this could seem depressing, the acceptance and love of two little girls help lighten the shared heartaches bringing joy to the story.