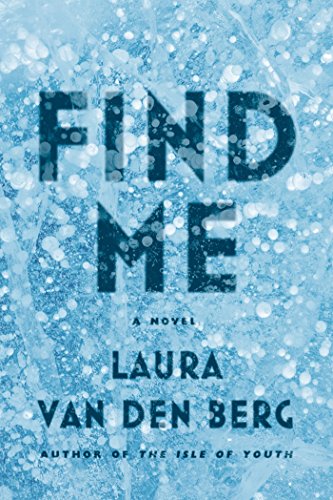 It is not unusual for adoptees to wonder about the biological parent(s) who gave them up. Such is the case with Joy Jones, who as an infant had been wrapped only in a T-shirt, placed in a cardboard box, and dumped on the steps of Brigham and Women's Hospital in Boston. The nurses named her Joy rather than to identify her by a number.

Joy spends her minor years being tossed around from different foster homes with no family to claim as her own. In all this time, the only one Joy becomes close to is another orphan named Marcus, but in the shuffle of being bounced around, they lose touch.

Now at age 20, Joy's existence comprises of a windowless basement Boston apartment, employment as a night clerk at a local Stop & Shop, and an addiction to cough syrup.

Tragedy occurs when an unknown illness strikes taking the lives of millions across the nation. The author described this sickness with the following: "First: silver blisters, like fish scales, like the patient is evolving into a different class of creature. Second: the loss of memory . . .  small at first, but by the end, the patient won't remember the most basic details of who they are. The patient falls into a coma and never wakes."

Summoned to Mass General Hospital, Joy meets Christina; the biological aunt she never knew existed. After arriving, "a hazmatted doctor showed me to a quarantine room, where a suit of my own was waiting, hanging from a hook on the wall. A chair and table stood in the center of the room, parts of the hazmat—neon yellow boots, blue rubber gloves—laid out on top. First, an inspection. The doctor searched my body for silver blisters and then pointed a little flashlight in my eyes."

Joy learns Christina is her mother's sister, and she leaves Joy a key to her apartment where Joy later goes and finds information about her mother. She grabs a photo of her mother, discovering she lives on an island off the Florida Keys, resulting in Joy determined to find her.

For some reason this sickness does not affect Joy and she is soon whisked away to a hospital in Kansas, where she joins others who are not afflicted. The premise is to test these few who are immune and find a cure before the people of the world are obliterated.

Days at this facility are spent on a rigorous schedule of testing and treatments. Joy's roommate is a young man named Lloyd, whom she forms a friendship with along with younger twin boys. Though Joy promised to stay a year, the loss of patients and boredom has her clamoring to escape, which she manages to do.

Find Me, van den Berg's debut novel, is both awe-inspiring and frightening. Interspersed with the backstory of the protagonist's life prior to this epidemic, one can only feel empathy for the orphaned child, which then segues into dread of an improbable, yet possible scenario.