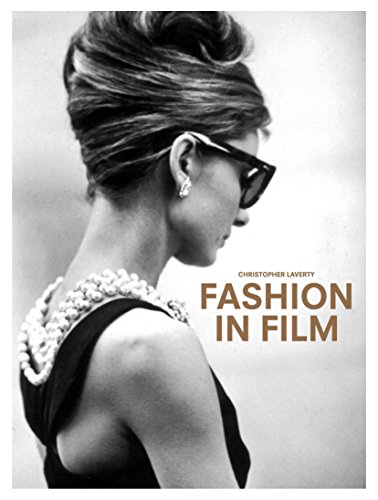 What can make or break a book dealing with this subject is the angle from which the author approaches the subject. Christopher Laverty has approached Fashion in Film by focusing in on a very particular aspect that sets the book apart from others who have previously written on the topic. He has ascribed his own specifications as to why each of the designers has been selected for his precise and well documented examination, but he has some extremely personal and not always commonly shared viewpoints when it comes to some of the featured designers.

What is definitely on its side is that the reader will definitely be in for a learning experience when it comes to the background, context, and information offered up about all of these costume designers/fashion designers. Not only will there be tidbits of information to be absorbed, but there are also names that will likely be unknown. On the flip side is that the fashion reader might have some head shaking in store when Donna Karan takes on the author’s description as being the designer who “brought the power suit to the masses.” Huh? Or that Giorgio Armani “launched his career creating costume for Richard Gere in American Gigolo.” Huh? To wit, Ms. Karan was especially known if not celebrated for her “seven easy pieces” premier collection but never for power suits, while Mr. Armani started his business in 1975 and was already well established by 1980 when American Gigolo was released. What is most puzzling is why an author thinks that statements like these should be written as gospel—and worse is that an unseasoned or less informed reader might regard them as fact when they are merely personal notions.

The bottom line is simply that the book’s assets far outweigh its deficits. One of the highlights was to read that Schiaparelli designed costumes for Mae West and that there were names that were totally unknown such as Bernard Newman and Irene Lentz among them as well as assorted delicious morsels of movie fashion ephemera.