Figures and Faces: The Art of Jewelry 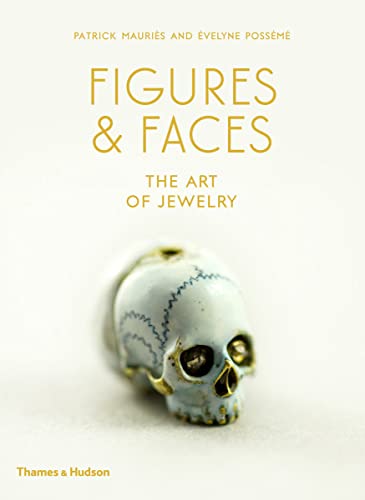 It would be impossible to call this book an easy read even though the subject matter is quite efficiently examined and explained. The history of the face and figure within the art and craft of jewelry making and design proffered in Figures and Faces is amazingly fascinating; it captures one’s interest by providing information that most readers will have never previously read or experienced.

The featured assortment is from the Musée des Arts Décoratifs in Paris, so it only makes sense that one of the authors is the chief curator of the museum. Both authors provide the reader with little known facts and then even some anecdotes or tales that surround the specific pieces and that is what holds one’s interest in the form of context and backstory.

The photographs in the book are quite beautiful and stand up to the story that is being told here. While this reader has a somewhat more than casual knowledge of this area of fashion it would still be impossible for me to overlook that even with that knowledge I am woefully ignorant in this area of jewelry history and design.

Some of the designer names and brands will be recognizable to most, but even then the examples provided can be at times jaw dropping and astounding works of art within their material and craftsmanship. For this reader it was the Lalique pieces made in rock crystal which have never been seen by these eyes and have now expanded my visual vocabulary of what can be associated with the jewelry of René Lalique.

To tie this all up neatly, let’s say that Figures and Faces is for the more discerning reader who craves to know much more about this targeted aspect of jewelry history. If the prospective reader only wants to look at the images they will lose out on the immense research and information that has been done in order to build this book.

Last thing that the reader should be aware of is that at times the text can be a bit of TMI, if not pedantic, but soldiering through it increases the value of this volume and makes it all the more a worthwhile read.