The Fifth of July: A Novel 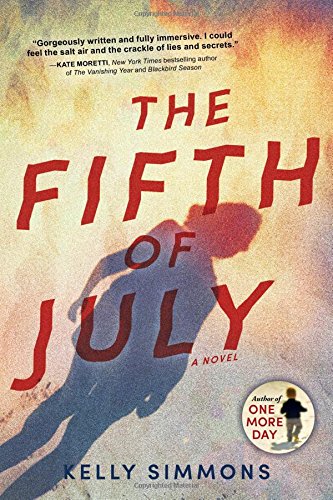 The Warner family has owned a summer house on Nantucket for more than three decades. Alice and Tripp, parents to Tom and Caroline, always spend their vacation there, especially to enjoy the Fourth of July festivities.

This year Alice summons Tom and Caroline, her husband John, and preteen daughter Sydney to the island. Tripp, having undergone cancer chemotherapy, is acting strangely, and Alice needs them all together to access and watch out for him.

The dysfunctional relationship starts with Alice, the snotty and pretentious matriarch who will not tolerate change. She is stressed out by Tripp's behavior since his treatment for he shows no inhibitions and observes no boundaries. Unable to handle his new personality, she decides he would fare better in a facility.

Uptight and controlling Caroline is extremely hard on Sydney. At an age where Sidney wants to spread her wings, Caroline keeps a keen eye on her, refusing to be out of her sight. John is a Casper milquetoast who goes along with whatever his wife says, realizing he has no say, even if he feels Sydney is being browbeaten; Caroline's past offers reasons for being strict.

Tom Warner is laid back, recognizing he's disappointed his mother by not becoming a professional man. He owns a service-based business selling wine to wealthy connoisseurs around the world, and the family scoffs at his profession equating it to a lifeguard or golf pro. But Tom takes it in stride, believing he is the blame for all and any mishaps. He accepts he and his sister cannot get along though she always blamed him for her unfortunate past and also believes he was the favored sibling.

Sydney suffers from the turmoil the most. Her mother tries to keep her close and Tripp entices her into his grandiose schemes, pulling her in two directions. She understands the difference between right and wrong, though the temptation to step outside of her mother's comfort zone is appealing.

Trouble begins when a neighbor commences a lawsuit against the Warners to remove their widow's walk, stating it takes away from his view. He and Alice become involved in a bitter tug-of-war that turns nasty. One incident makes the Walkers leave their home and rent a cottage until the defacement of their property can be eradicated.

Tragedy strikes and Tripp perishes, having Tom heading to his father's favorite spot to reminisce:

"My father loved Altar Rock because other people overlooked it, drove right past. Let the tourists stay on the edges, burrow in the sand. We are up and away from the others, so we can see, so we could know. Maybe so we can learn. And find a way home to how we all used to be. My father and mother, in love once. My sister and I getting along just fine. The neighbors taking care of one another in their own way. Pooling their resources, their gin and their clams and their boats and their bicycles. Not fighting over the ocean, over what everyone knew wasn't theirs.

"I don't know precisely what my father was looking for as he starting his climb that spring and summer. All those stairs, over and over. Maybe he simply knew what was happening, what was coming. That he wasn't well. That there was something else wrong with him and his wife was going to have to lock him up, or in, or down. That his granddaughter was not going to follow him wherever he went, that he would not be granted a second chance.

"She he just kept trying, kept seeking higher ground. Until it gave way. Or maybe, just maybe, until he found the courage to fly."

Each character speaks in their own voices in separate chapters, including those of the caretaker and the housekeeper of the seasonal properties to give a better understanding of the situation. Personal thoughts and feelings are disclosed to offer insight into the actions taken.

No one knows what happens in other families—the stresses they face, the hardships, the sadness, and pain. The Fifth of July encompasses the lives of one family, who share their angst and deep-felt emotions as they try to come together to become whole before they are all destroyed.