Fierce: The History of Leopard Print 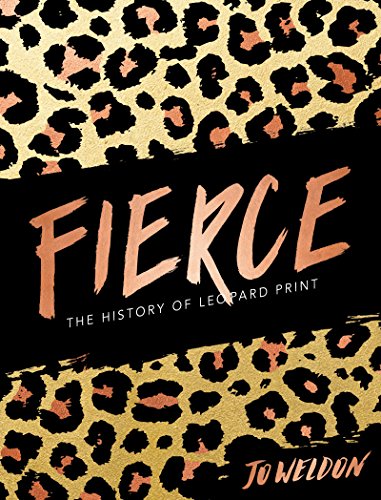 Having an almost borderline addiction to leopard print and all of its cousins this reader/reviewer was more than excited and looking forward to have this book in his hands to read and review. Unfortunately the author speaks to the title but in some of the most tangential ways you can imagine.

Weldon covers women in the work force, the animal kingdom, who wears it and why (theoretically), and yet  the text speaks all around the actual pattern  of leopard and more about leopard as the animal itself, the sociological, theatrical,  and historical aspects.

Most disappointingly Weldon took it upon herself to give a biography of Christian Dior when there are countless books which are far more astutely written than her accounting of his life and times in conjunction with his oeuvre. It would be easy to assume that the book will in no way live up to the expectation of most fashion readers. Many of the examples or offered information is rather anemic in terms of fashion history and less than convincing given the ubiquity of the print since its first appearance in the annals of fashion history.

Then Weldon seems to feel confident enough to offer an etymological account of the word tacky, which again in some tangential thread is related to leopard prints but surely not in a way that matters. In place of such nonsense, where are the designers besides Dior who brought the pattern into a position to be considered a timeless classic. Where are Valentino, Alaïa, Cavalli, Dolce & Gabbana, and so many more who made leopard print a trademark of their collections? Instead we get John Waters using leopard print on Divine and Jackie Kennedy wearing a leopard coat while being first lady, neither of which has ever been recorded as a defining moment in fashion.

One can suppose that the appeal of this book will greatly depend on the reader’s fashion education as well as their frame of reference concerning the subject matter. One of the things that constantly influence this reader’s opinion is context and the other is to always consider the source, meaning the author. In essence this is not a book to be recommended to the astute and cognoscenti of fashion readers but to the neophytes who have no real interest in fashion but wish to be entertained with the oddities and quirks of fashion.