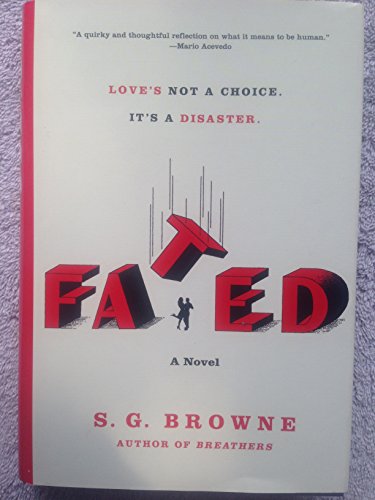 After more than 200,000 years, Fabio has become bored with his job . . . as the incarnation of Fate. The humans on his path usually make the wrong decisions, failing to live up to their full potential; and bad decisions cause more work for Fabio. Every time a human makes another bad choice, that human’s fate must be reassigned.

Tired of watching his humans ruin their lives, Fabio has decided to give them just a little “nudge” in the right direction. Although it seems harmless enough, he’s breaking Rule #1: Don’t Get Involved With Humans; and if Jerry aka God ever finds out, the consequences could be severe.

Further intrigued and concerned that he can’t see Sara’s life path, Sara and Fabio fall madly in love. However, Destiny, whose path Sara is on, is none too happy about the union; and her on again-off-again sexual relationship with Fate is only a part of the issue. Destiny has big plans for Sara and she’s not about to let Fabio mess things up. Unwilling to give Sara up, Fabio risks everything; even his mortality for the woman he loves. Though he expects some repercussions for his actions, Fabio has no idea that his actions will trigger an event of cosmic proportions.

S. G. Browne’s sophomore novel is nothing short of riotously funny and brilliantly executed. Browne takes Piers Anthony’s Incarnations of Immortality series to the next level.

With a full cast of characters that include the larger incarnations such as Death aka Dennis, the deadly sins, lesser sins, emotions, and intangibles, Fated takes you on a fast-moving satirical journey through life as seen through the eyes of the immortals that secretly interact with us on a daily basis.

Despite his immortality, Fabio is a very relatable character with very human issues. Through him and his immortal peers, it’s revealed that it’s not only humans who are flawed or willing to risk it all.

Fated is a well-written, beautifully-flowing, narrative. Browne’s prose will have you hooked from the very first word to the very last. Sometimes he even allows you to catch your breath before launching you into another tear-inducing fit of laughter.