The Fashion World of Jean Paul Gaultier: From the Sidewalk to the Catwalk 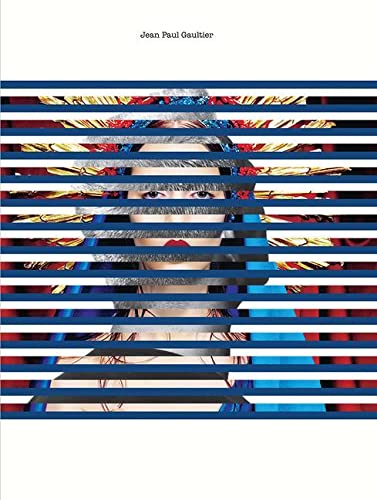 “If talent can provoke you or inspire you, then this book will stimulate your creative juices . . .”

Firstly, this is one of those once in a lifetime books that comes around very rarely; secondly this is a “filmstrip” of Jean Paul Gaultier, to quote the designer; and thirdly this is a magnificently produced paean to the talent, career, and life of this most celebrated designer. The Fashion World of Jean Paul Gaultier serves as a catalogue for the exhibit of his work that started in Montreal and will travel to Dallas, San Francisco and end in New York at the Brooklyn Museum in 2013–2014.

Jean Paul Gaultier, the “enfant terrible of fashion,” is remembered by art historians, fashion critics, and historians, colleagues, employees as well as countless models, muses, and celebrity personalities. Mr. Gaultier also recalls his childhood, his early influences at home, and his dreams of becoming a world famous designer.

One cannot read this account without being touched by his devotion to his mother, grandmother, and Nana, his teddy bear. The stories abound with humor and sadness, but are overshadowed by the talent that ultimately came to define the man. Of the influences he cites as most influential, his time spent at Pierre Cardin and the work of Yves St Laurent reign supreme.

Recollections about Mr. Gaultier are recorded from the likes of Catherine Deneuve, Valerie Steele, Suzy Menkes, Madonna, Tom Ford, Helen Mirren, Pedro Almodovar, Polly Mellen, Dita Von Teese—to name just a few. Then there are the models, co-workers, muses, curators, and friends who add to the text. This type of homage is usually reserved for the dearly departed—not for the living.

This enormous volume is indeed a formidable coffee table book with photographs galore, but you will only cheat yourself if you bypass the text instead of reading, indeed studying, it. What is so profoundly amazing about Gaultier is that he has been an influence on Dolce & Gabbana, Gareth Pugh, Alexander McQueen, and other immensely talented designers in their own right.

Rarely can a designer lay claim to have influenced the course of fashion history in both men’s and women’s collections. Think about skirts on men, cone bras, corsets, trench coats, and pin stripes and there you have a basic lesson about the wild variations in the talents and ambitions of Jean Paul Gaultier.

If talent can provoke you or inspire you, then this book will stimulate your creative juices as well as your gray cells—regardless of whether you are a hardcore fashionista or simply an admirer of fashion as art.