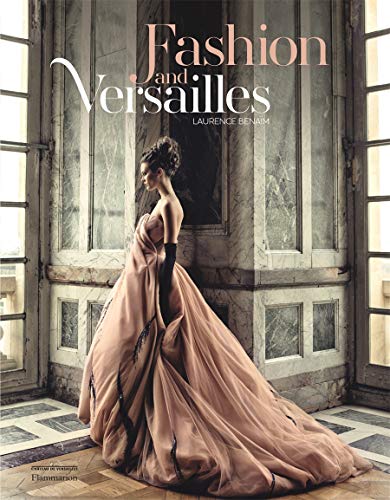 “Fashionphiles, Francophiles, and the historically inclined will fall in love with this lettre d'amour to the palace of Versailles and to the world of fashion.”

Since the days of Louis XIV, Versailles and fashion have been inextricably linked in history books as well as in books that deal with fashion. Laurence Benaim has found a way to deftly intertwine the importance of the palace within the world of international history and weave it into the world of fashion. It is a fascinating way to mesh the past and the present without being a dry, historical, fact-laden read.

Benaim has utilized Fashion and Versailles as his vehicle to skillfully intermingle the importance and eternal connection between this monument of luxury to the ever changing world of fashion; it is this juxtaposition of past and future that gives the book its gravitas as well as making it a much more palatable and pleasurable reading experience.

“Versailles was a sumptuous a repast that dazzled the world from 1682 and continues to do so to this.”

That quote alone is shown to be true as there are countless examples of designers who have used Versailles as a backdrop or setting for their creations; as a rule the clothes are as extravagant and opulent as their environs.

The visuals throughout the book are almost luxuriant in their clarity, which offers detailed aspects of clothes, accessories, precious jewels, and the location itself. There is very little to find fault with in this this book given the imagery that the author has proffered to substantiate his point of view and observations.

“Versailles was the stage for everything that fashion could be and do, for the exaltation of celebrated figures by their finery and for the reign on of elegance and refinement . . .”

The book is brimming with little known facts about French designers and their respective fascination with Versailles; for instance did you know that Christian Dior designed the stopper for one of his perfumes based on a candelabrum that sat on a mantle in Marie Antoinette’s Trianon—and that is only one of many times that Dior drew on Versailles as inspiration.

This amazing book will open your eyes to the extensive influence that Versailles did and does have in the word of fashion. What are also astoundingly incredible are the examples that are employed to justify these sweeping and sometimes unbelievable fashion statements.

“Never can a coutourier have explored a place in such close detail or so many ways, through photography, fashion and couture shows. Versailles is conducive to creativity, he explained in 2008, as a concrete example of fairy tales, a world that existed but that speaks to your imagination.” —Karl Lagerfeld

Fashionphiles, Francophiles, and the historically inclined will fall in love with this lettre d'amour to the palace of Versailles and to the world of fashion.