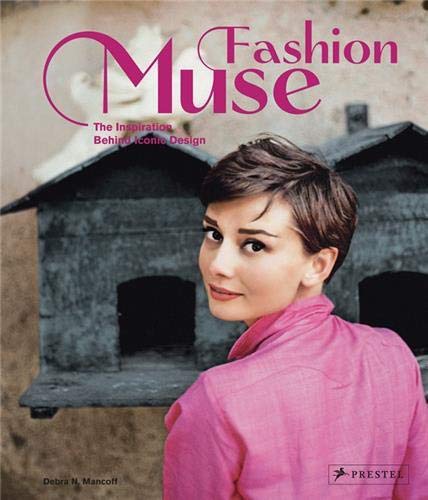 “On the plus side, the book offers a substantial history of fashion with insight into each designer’s body of work and design philosophy. Think of it as a treatise on fashion or possibly a doctoral thesis based on fashion.”

Those of us who live in the world of fashion, are fascinated by its inhabitants, or are fashion historians of a sort will be very confused by the contents of Fashion Muse.

If you are expecting a lighthearted romp spotlighting the famous muses of fashion, you will come to discover instead that Ms. Mancoff has decided to reinterpret and possibly redefine the popular meaning of muse and in doing so delivers a detailed examination of fashion spanning the 20th and 21st centuries.

We of fashion tend to take our terminology very seriously, and we make clear delineations between what constitutes an influence or inspiration as opposed to a muse. Ms. Mancoff decided they are one and the same, which steers this oeuvre toward a very historical take on designers and fashion of the past 100 years or so.

In other words there is little neither of the Givenchy/Hepburn or YSL/Deneuve relationship nor even of how art or movies or history might influence fashion. This reviewer had great difficulty being convinced that Schiaparelli inspired or influenced by the surrealists was the same as Audrey Hepburn being Hubert Givenchy’s muse.

For that matter, YSL dissected for his Mondrian Dress as some sort of muse yet never mentioning the Matisse and Braque pieces that came much later seems negligent. Art may have influenced or inspired YSL at intervals in his life but one could hardly classify art as his muse!

On the plus side, the book offers a substantial history of fashion with insight into each designer’s body of work and design philosophy. Think of it as a treatise on fashion or possibly a doctoral thesis based on fashion.

One of the most common errors made when delivering a book on fashion is that it can be over intellectualized, over examined, and over explained notions about fashion. The facts are simply that fashion is about clothes, designing them and selling them, and not rocket science or a cure for cancer and there is little or no need to inflate the importance of fashion and its place in the history of the world.

Much of what ails this book rests in the author who is by trade an art historian and not a fashion historian. She might think she is shedding new light on these designers or on fashion in its broadest sense, but there is way too much blah blah blah and far too much straying off topic and surmising.

As for the photographs and illustrations, the book is shy on spectacle and its written content is not elevated by its visual contents. Most of the photographs have been seen before, and the remainder arouses very little awe or admiration.