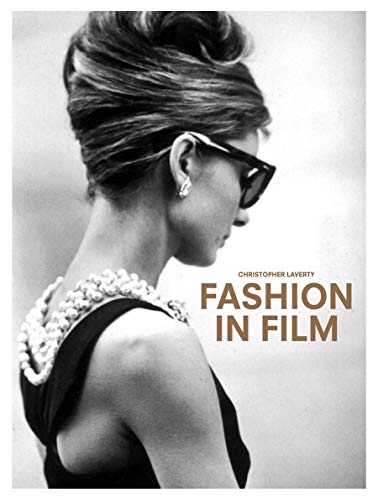 “in Fashion in Film, . . . we are served up a treatise on the symbolism of the clothes themselves, and the underlying effects that the apparel has on the personality of the character in a film.

This is your brain on Freud.”

If you’re looking for a lighthearted, easy read and an in depth overview of the relationship between fashion and film, you might be a little surprised by the content of Fashion in Film. Ms. Munch’s notion of the connection between those two subjects leaves you with the feeling that there are deep, dark, psychological realities inherent in costume designing, and that the job is far more earth shatteringly relevant regarding our fragile psyches than one might have believed.

When pondering the great costume designers in film, one conjures up images of Theadora van Runkle (Bonnie & Clyde), Gilbert Adrian, Ann Roth, Edith Head, Orry Kelly, and the like. But in Fashion in Film, instead we are served up a treatise on the symbolism of the clothes themselves, and the underlying effects that the apparel has on the personality of the character in a film.

This is your brain on Freud.

There is no simple statement, for instance, that Bonnie & Clyde spurred an entire moment in fashion at every level of retail at the time of its release—which is true. Neither do we hear about the fact that the designs of Gilbert Adrian later influenced the designs and proportions of French designers Claude Montana or Thierry Mugler. We do not get to learn about how fashion and film intersect in terms of the clothes worn in certain films or the films the featured certain fashions.

Oh, no. That would be too pedestrian.

Alas, the subject is handled much the same as if it were some psycho-anthropological graduate thesis based on 20th century apparel.

In real life, costume designers fall into the same categories as clothing designers: there are the good, the not-so-good, the dreadful, the outliers, the revolutionaries, etc. Whether a member of the elite tier of couture designers or a ready-to-wear magnate, what sets the best apart from the rest is how well they do their job. Simple, right? Not so much—according to Ms. Munch.

Ms. Munch overly complicates every possible interesting fact, factoid, notion, or connection between fashion and film, using words such as hepatically and tessellated, sending readers heaving themselves at their dictionaries to understand just what the heck she’s trying to say.

For example: “Given the use of noir as a tool of ‘cinephilia,’ as described by James Naremore, we must consider what exactly about the movement or Look of noir lends itself to visual cinephilia as well as the proliferation of noir pastiche, parody and imitation that continues well past the classic noir period of the 1940s and 50s.”

I hate to sound like Scooby Doo, but AROOOO? (Scooby Doo-ish for WTF?)

That is just one of the so many incomprehensible and convoluted statements made involving the mere genre of a film—fuggedabout the language used to describe the wardrobe.

Fashion in Film is an academic work. If you are interested in or involved in film or fashion and would like to read a book about the intersection of the two that will both entertain and inform you at the same time, this book ain’t it. If, on the other hand, you are looking for the arcane, the esoteric, and the pretentious, Fashion in Film should land right smack at the top of your to-read list.

I would rather hit myself in the head with the dictionary that is required to make any sense of this book.