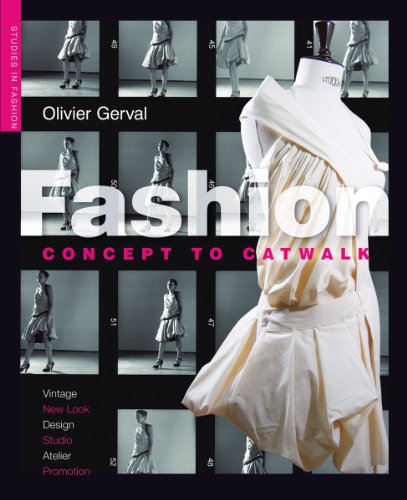 Described as “an insider’s guide to the fascinating and fast moving world of the fashion trade,” this scholarly endeavor reads far more like a textbook or how-to manual rather than any sort of guide.

Mr. Gerval has tried to verbalize each and every step of the building of a collection, which is something that cannot be put into words. He has studiously avoided the issue of the intuitive side of the process: that design sense that one does not learn but seems to have as if it was genetically passed on.

If what Mr. Gerval proposes as a manual, then there would be far more designers in an already crowded field with less than gifted creators. The intention to reveal the inner workings of the fashion business comes off as some scholarly pursuit similar to a treatise rather than instructional. If the point is to inform a nonparticipant in the fashion world as to what goes into each and every step of the creative process and how it is all accomplished, then the material presented is far too detailed. If he is aiming at the aspiring designer, then the reader needs to be in fashion school rather than reading a book containing such technical details as the curve of an armhole.

Some of the “notions” presented about color, promotion, themes, and influences seem a bit out of touch. In today’s world of fashion, there are many accomplished designers who would argue that bright colors are only for Spring/Summer and children’s apparel. The same goes for the labels he affixes to every conceivable silhouette in the “fashion vocabulary.” One might assume that the text was written in French and then translated to English as some of the terminology seems odd.

New designers of today do not read books about “how to” do everything from getting inspired to how to set up a workroom; they dig in and design after having been properly schooled or completing an internship or apprentice position with an established designer.

Mr. Gerval has the best intentions in Fashion: Concept to Catwalk, but seems to offer up too much information for just a casual reader and not enough “hands on” experience for the budding designer.