The Fashion Chronicles: The Style Stories of History's Best Dressed 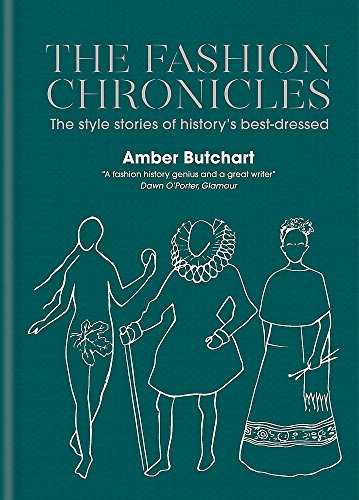 The first thing that the prospective reader must not do is be taken in by this book’s title since many of those included within this list of personalities are either quite the opposite, esoteric in renown, or rarely if ever associated with being well dressed. Joan of Arc, Mata Hari, Wapa Wemba (whoever that may be), Miriam Makeba, Queen Nzinga of Ndongo & Matamba (who?) or even Hillary Rodham Clinton are included in this odd assemblage of people. The laundry list of names surely has nothing to do with Eleanor Lambert’s best dressed list or for that matter much to do with being considered stylish as most would define it.

While the book may be exhaustively researched it is an enormous stretch of the imagination to consider this a book within the genre of fashion and should be considered much more like a treatise based on trying to intertwine these personalities to any kind of fashion/style which is apparently the supposed common thread.

Having reviewed and read hundreds of fashion and fashion based books, it is not an overstatement to say that this is really one of the more tedious reads because it just isn’t what it says it is. This is a compilation for those who take fashion as an intellectual pursuit rather than an esthetic one.

Historically based readers might find this to be quite enjoyable ,while most of us fashionphiles shake our heads and think that this is going too far out on a limb to consider this “style stories of history’s best dressed.”