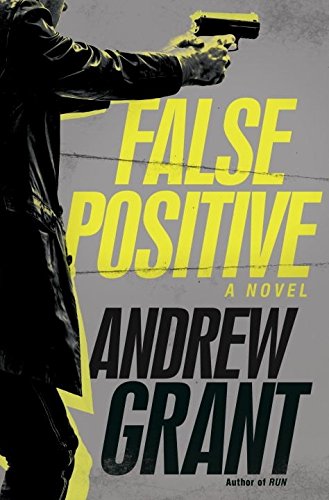 Andrew Grant has written a fascinating thriller with more twists to it than a pretzel. The story begins with the kidnapping of a seven-year-old boy. Detective Cooper Devereaux is assigned to investigate the disappearance with his new partner, Jan Loftin. Cooper has a questionable work history, having been suspended on several occasions, mostly due to his aggressiveness, and he’s been known to skirt procedure and the law whenever he finds them getting in his way. Loftin’s past is somewhat nebulous. Having worked undercover, she has a reputation of being difficult to work with and a bit unconventional.

Not only is Cooper’s history as a cop questionable, but his childhood is mired in traumatic events. He was an orphan who was raised by a retired cop, or so he thought. As the story progresses, he learns that much of what he thought he knew about his family background may not be true. At the same time, his partner spends time reviewing Cooper’s records through police department files. What she finds causes her to wonder if her safety may be at risk. Later, as the case unfolds, she discovers some disturbing news about her own family history. What an unlikely pairing.

Lt. Hale, a woman who seems to overlook all of Cooper’s missteps and insubordination, supervises the two investigators. She does a good job of keeping the loose cannons mostly under control, but there’s so much she doesn’t know about each detective’s history that by the time the story ends she’s completely lost control.

Cooper has few allies on the force; however, his criminal contacts are numerous and supply him with information for possibly locating the kidnapped child. Before that happens, a complicated tale that includes other child kidnappings as well as human trafficking emerges, sending the duo in several directions at once.

While some of the action seems a bit unbelievable, the story builds with each turn of the page. Suspense and suspicion work together to keep the reader engaged. The plot is such that just when the reader thinks he or she knows the culprit’s identity, the author diverges.

Remarkably, when the denouement finally arrives, Andrew Grant throws in a twist to one of the characters that no one could have anticipated—the mark of a good thriller. Readers who enjoy Grant’s writing style should look for future novels with Cooper Devereaux as the protagonist.