Falling out of Time 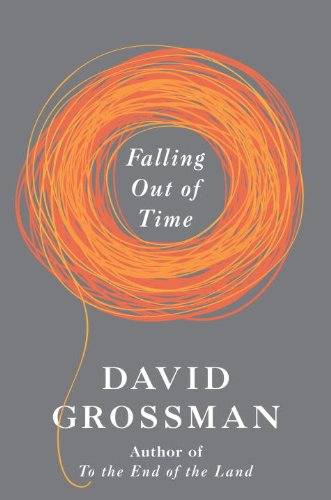 “As moving as are each of these expressions of grief the cumulative effect of Falling Out of Time‘s nearly 200 pages is even more powerful. It certainly conveys bereaved parents’ pain to readers who have not suffered that loss and may help some mourning parents work through their grief, though others may feel it reopens emotional wounds.”

In David Grossman’s previous work of fiction, To the End of the Land, the mother of a combat soldier spends the duration of Israel’s 2006 month long war against Hezbollah hiking the northern part of Israel’s National Trail (the Israeli equivalent of the Appalachian Trail) to elude the soldiers whose job it is to inform next of kin that their loved one has died. Near the end of that long novel the narrative abruptly stops, and in an epilogue the author relates how when the book was close to finished he received notice that his own son had died in action.

The loss of a child is nearly every parent’s worst nightmare, a fear Grossman movingly described in To the End of the Land. The characters in his new book Falling Out of Time express the emotional pain bereaved parents experience years after losing a child.

The book takes the form of a dramatic poem or poetic play set in a timeless allegorical place—a contemporary yet feudal town ruled by a duke—whose characters speak mostly in verse but also prose. The publisher lists the book as a novel (probably because poetry and plays don’t sell), but in the words of one of Grossman’s characters “. . . poetry/ is the language/ of my grief.”

Readers accustomed to Grossman’s dense prose may be surprised at the leanness of his verse. In Falling Out of Time he has stripped his writing down to his characters’ bare and painful emotions.

The dialogue is initially between a married couple, parents of a deceased son whom the man is determined to go see again despite his wife’s skepticism and discouragement. She asks,

“Will I ever again

To which her husband replies,

“If we can be with him

for one more moment,

Their dialogue is interspersed with play by play prose descriptions by the town chronicler who we later learn had once been the duke’s jester, a job he could no longer perform after the death of his child. The duke, who has also lost a child, forbade the jester to speak of the dead daughter and instead to chronicle the words and deeds of his fellow townspeople. Later, when the chronicler shifts from describing what others are doing to expressing his own grief the form changes from prose to verse.

Turning back to the couple, the man initially walks in circles around his wife but then goes out and walks in ever larger concentric circles through the streets of the town and henceforth is referred to as walking man. Soon he is joined by other bereaved parents: the town chronicler and his wife, the duke, an elderly math teacher, a net-mender, the midwife, and her husband the cobbler, all voicing their grief while walking together, which becomes a kind of therapeutic exercise about which another male character nicknamed the centaur coarsely voices doubt.

A critically acclaimed multi-genre writer who would prefer to work out his grief through writing, the centaur has been unable to write since losing his child. Like the town chronicler when the centaur finally drops his defenses and speaks from the heart he switches from prose to verse.

The centaur’s skepticism notwithstanding, the therapeutic exercise enables its participants to work through the various stages of grief. A bit more than half way through the book the walking man acknowledges his son’s death:

But his death—it swells,

The town chronicler’s wife feels that she has outlived her soul or psyche which she had assumed would die when she died.

long after it, that I would be

Some characters feel they are more attentive parents to their dead children than they were when their children were alive, yet the walkers (as the bereaved are collectively referred to) also express exasperation with the grieving process and anger towards their deceased children:

“You know what? We don’t even want to trouble ourselves

with these thoughts!—We don’t even want to

think of you!—We’ve thought of you

and get out—get out of our lives—

Do you hear? Our lives!—

All of you there—

The duke tells the walking man:

conceive him and then die

with him, and be reborn

out of his death.”

And the walking man eventually realizes

As moving as are each of these expressions of grief the cumulative effect of Falling Out of Time‘s nearly 200 pages is even more powerful. It certainly conveys bereaved parents’ pain to readers who have not suffered that loss and may help some mourning parents work through their grief, though others may feel it reopens emotional wounds.

Kudos to translator Jessica Cohen who is as adept at translating poetry as she was at translating such prose works as Grossman’s To the End of the Land and Yael Hedaya’s Eden (also reviewed on NYJB). The only page on which readers will be aware that they are reading a translation is where the walking man recalls to his dead son that a foreigner once told him that in his language (perhaps English)

“they say of one who dies in war,

And that is you: fallen

in which I abide

has seeped wholly out.”