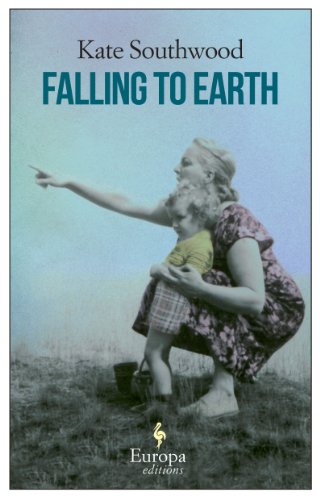 “Readers will find themselves engrossed in this grim but well-written account . . .”

Falling to Earth is based on an actual event, making this morose tale even more gripping.

Known as the Great Tri-State Tornado, a massive Midwest storm killed 695 people and injured more than 2,000. It devastated 19 communities, leaving thousands without homes, food, and jobs.

Paul Graves and his family live in a tiny settlement known as Marah, Illinois. Paul runs the family business, the town’s only lumberyard. Theirs is a comfortable existence; Paul’s wife, along with his mother, raise the school-age children and tend to the house while Paul manages the business. The Graves family is well liked and respected in the community.

They consider most of the town’s residents their friends. That is, until the monstrous tornado strikes.

What can only be considered a miracle—Paul, his family, his home and business were all untouched by the storm—soon turns out to be anything but. The Graves family learns their good fortune has become the very thing that turns the entire town against them.

While every resident experiences some form of loss—of a family member, a home, or a business—the Graveses lost nothing. Resentment for the Graves family begins to simmer soon after the storm ends as townspeople survey the widespread damage. The town is a total loss, that is, except for the Graves home and their business. It doesn’t take long for envy to boil over like a pot on a hot stove, and Paul and his family are shunned by the very people they formerly considered good friends.

The Graves children are harassed at the makeshift school, and Paul’s wife and mother are totally ignored as they make their daily rounds to gather whatever food is available from National Guard shipments. As Paul provides lumber for the hundreds of caskets for his neighbors, they resent the fact that Paul is able to do so. They reluctantly pay him for his wood and labor, all the while talking about him behind his back.

While the first chapter of the book describes in great detail the vicious storm and its immediate aftermath, the subsequent chapters convey the total despair and isolation felt by Paul and family. Each successive chapter builds to a crescendo reaching heights of utter helplessness and despondency.

Falling to Earth is sad and depressing. It is a study of the frailty of human nature and how fickle emotions and relationships become when impacted by crisis. The author does an excellent job of developing the characters, particularly the way each one loses tiny bits of hope with the dawn of each new day.

But while most of the book illustrates the fragility of the human psyche and how easily it can be destroyed, the ending of Falling to Earth is nevertheless surprising.

Readers will find themselves engrossed in this grim but well-written account of how a devastated town struggles to rebuild—and in the process destroys the same family that played a major role in its initial founding.