The Falconer: A Novel 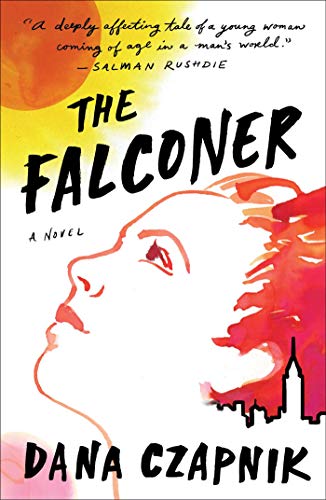 “This is a rare coming-of-age story so richly told and wholly captivating that Czapnik may in time find herself held up and used as the example of what fine literary writing is all about.”

Readers will enjoy the vivid rendering of 1993 New York and this unique coming-of-age story told through the fresh and likeable voice of Lucy (Loose) Adler. A story of unrequited love and a young woman’s search for her place in a male dominated world, it is original, captivating, and certain to gently tug readers into its quiet pages.

The story opens up on a basketball court, where Lucy and her best friend and secret crush, Percy, are playing a pickup game, first against two strangers, then one another.

As the story moves off the court, it soon becomes apparent Lucy is a girl with a keen understanding of how she is perceived by others and the way she sees herself, navigating life with a sharp inward eye that is focused and without remorse.

“But I'm a girl, and I'm really tall and I don't have Pantene-commercial hair and I'm not, let's say, une petite fleur, so everyone just assumes I'm a lesbian."

Lucy is also particularly bright when it comes to observations of the differences in how boys are seen, confident, strong, and capable, while girls are viewed as delicate and without the same freedoms. From her perception, this is unfair and wanting.

“I’ve known since I was little that the kids having the most fun were the boys. They got to run through the world, feral and laughing. Girls were quiet, played at being grown-ups with dolls, whispered into each other’s ears and giggled behind cupped hands.”

“I’d watch the boys with envy from a distance. They didn’t want me to participate in their games of war. They’d tear through the playground like animals, and I so wanted permission to have that kind of abandon.”

Lucy is a remarkable character, filled not only with knowledge about her favorite sport, basketball, but with an innate and earnest curiosity about the differences between herself and the girls she views as pretty, surmising how vastly different they are compared to her and her way of thinking.

Yet there is also an innocent longing to fit in, and while she simultaneously rejects their ways, she also recognizes the very person she longs to notice her, her best friend, Percy, is attracted to the sort of girl she can’t or would never be.

"Even though I know Percy isn't remotely interested in Sarah as a person, he likes her in a way he'll never like me, so our jealousy of each other is mutual and equally damaging, which I recognize with the left side of my brain. But I'm a creature forever ruled by the right, the part that holds what a more sentimental person might call the whims of the heart."

Lucy is her own person within these pages, a bright, articulate, and uniquely suited female protagonist who reveals with a levelheadedness and honesty the discrepancies unfolding before her about fitting in, about conformity, making her inner dialogue at times heartbreaking and other times encouraging.

Novels are compared all the time to others and it’s not uncommon for them or the characters within the pages to be held up as examples, giving readers a feel for what a story might be like. This is always a tremendous compliment, yet, in so many ways, The Falconer is a distinguishable piece of work that can certainly stand on its own merits. This is a rare coming-of-age story so richly told and wholly captivating that Czapnik may in time find herself held up and used as the example of what fine literary writing is all about.