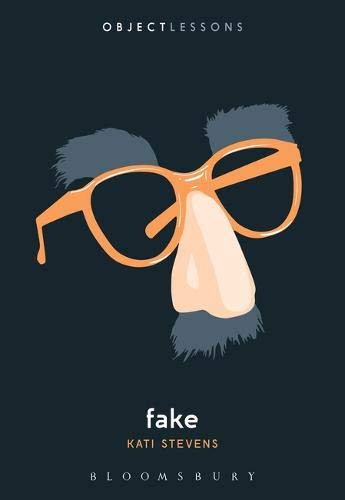 “We live with authentic fakes that we know were invented to make our lives more affordable, available and acceptable.”

Modern American life is filled with fakes. Although our president uses the term “fake” to denote anything he does not like, the term has real meaning unrelated to politics. We live with authentic fakes that we know were invented to make our lives more affordable, available, and acceptable.

In her first published work, Kati Stevens, a Virginia public affairs specialist, writes a clever quarto about what is “fake” and what is not. Fake is part of a series of essays about “the hidden lives of ordinary things” published by Bloomsbury Academic. Her short book is a superb start for this new librettist.

We have invented food that is both edible and nutritious, but it is not real. Does that make it “fake?” Stevens riffs on exigencies caused by war when food was rationed. All knew that ersatz coffee was not real. It is that knowledge that made it genuine. Stevens tells a story about her younger sister who took a bite out of an artificial apple not knowing it was made of plastic. That was “fake.” (Her sister thought it was real, then took repeated bites just to show her older siblings that she could consume something not comestible.) Somewhere after that first bite, the faux apple slipped into the “fake” category.

Stevens turns to art and architecture—the Disneyfication of America. Seeing nature unchanged is not fake, but it can be a short-lived experience as we destroy our environment. We will have to rescue ourselves or, in the very least, create imitations of our ecosystem. To preserve our art, we must place it behind glass and beyond our reach. We will live with copies of real life. We know that the copies are unreal, but they still have the power to lift our spirits.

Many, perhaps most, of us have false teeth, prosthetic limbs, and artificially enhanced body parts. We color our hair with chemicals. As we live longer lives, body parts will wear out. Especially after a war, surviving veterans need fake body parts to appear whole. Here, Stevens suggests, the substitutes must appear to be real without further explanation. The artificial limb serves a good purpose. Other body parts, such as enhanced breasts, are a matter of choice. They may be unreal looking, but self-satisfying nonetheless.

Fake is a short excursion into modern life. Stevens does not criticize what we have become, but only describes what she sees and leaves it to us to judge. There are benefits to remaining authentic, but there are costs as well. A commodity designed to deceive in order to maximize profit is not only fake, but also fraudulent.

There is a subtlety to Stevens’s work that is not obvious. She is not “fake,” but the genuine article.