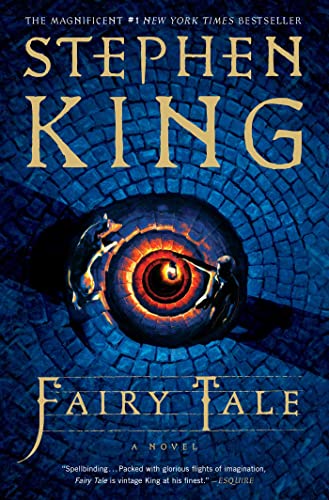 “King knocks it smoothly out of the park.”

Stephen King returns to form with a riff on fairy tale classics. Charlie Reade is a classic King protagonist, a smart kid, an empathetic jock type, who befriends a crotchety old man. Of course the old guy has a dark secret, one that changes Charlie forever.

If this sounds familiar, don’t worry, it is one of King’s classic tropes, the kid whose innocence and innate goodness penetrates the armor of the crusty elder. King’s done it before in short stories and books, a story of generational bonding that forms the cornerstone of many of his works. At first it seems like old hat and will lead the reader down the primrose path of boredom. Look at his epic The Gunslinger. The boy Jake Chambers befriends Roland of Gilead and joins him on an adventure of a lifetime. Or in that case, the adventure of a multiverse.

Charlie is a good guy whose mother dies, and his father becomes an alcoholic. The kid helps his father to get sober, and their relationship becomes stronger. Then Charlie saves the aforementioned crotchety old guy from certain death and becomes his confidant, eventually learning the man’s deep dark secret: the shed out in the back yard conceals a gateway to another world. In that world is a mysterious merry-go-round that can reverse time, allowing whoever sits on it to become young again. Charlie, his good heart shining through every page, decides to take the old man’s German Shepherd Radar to this other world, Empis, to ride the magical mystery merry-go-round to make the dog young again.

Once there, he finds that the kingdom is in peril, the throne usurped by the mysterious Flight Killer, and a decimated populace who have been given a strange disease called The Gray. Along the way he meets a princess (cue Princess Leah, but with an unusual, and gross curse), various monsters (many seem familiar to the reader) and unspeakable evil.

During his adventures, Charlie finds out the true meaning of love, hate, and nobility—lessons he will take with him for the rest of his days. There’s riffs on various tales like Rumplestiltskin, Jack and the Beanstalk, and The Wizard of Oz. Add to this mix is a dash of Lovecraft and the classic Stephen King body horror. It’s like he took all the cool things he’s dreamt about for years, poured them into a blende,r and hit frappe.

This new entry in the King multiverse may seem like a bit of a yawning festival (to be honest, that’s the first quarter of the book), but it picks up steam and barrels down the narrative highway at speed. What the reader ends up with is a touching coming-of-age story set against a backdrop of magic and horror.

Most of the time Stephen King bats around .500, which means that when the reader picks up one of his books they have a 50/50 shot to enjoy the work or throw it in the fireplace. Thankfully, King knocks it smoothly out of the park.