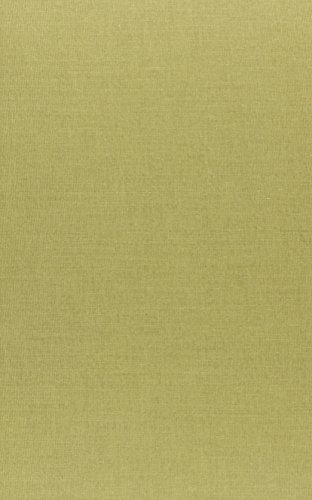 Some social groups—and the artists that emerge from them—can afford to pretend that they exist outside this conundrum. They make this a principled attitude or even construct a theoretical narrative that seeks to justify the sacrosanct nature of the arts—and that as such they are untouchable from the social and the political. At worst, this is the foolishness of hegemony, at best the naivety of those lacking life experience. For African Americans and artists of color more generally, it was never an option.

Kellie Jones’ superb book, EyeMinded, traces the relationship between the visual and the social in contemporary art and, by so doing, teaches us how to see: the way in which black arts have been shaped by power struggles (around race, color, gender and class) and the way they have shaped the aspiration to egalitarianism and multiculturalism. As Lisa Jones writes in her introduction to the third part of the book, Ms. Jones provides “a road map to read the work through her lens; one that always insists that the world family has more in common than not.”

EyeMinded is a collection of the essays written by Kellie Jones during the last 20 years in her function as curator of different exhibitions or as an art historian. There are also transcripts of interviews or group discussions conducted with various artists; and one essay each from Ms. Jones’s sister and her husband on multiculturalism and free jazz respectively.

The book is organized in four parts—On Diaspora, In Visioning, Making Multiculturalism, and Abstract Truths—and these are briefly introduced by Ms. Jones’s all-round impressive family: her father Amiri Baraka, her mother Hettie Jones, her sister Lisa Jones, and her husband Guthrie P. Ramsey Jr. Her motivation was to acknowledge the influence of her family on her understanding and appreciation of the arts. In being “a connective force” the arts create not only “a sense of community whole but also of family and affiliation;” therefore, who she is or has become—and, similarly, how she sees and what she writes—is as much hers as it is theirs.

The book is a must-read for art historians and museum curators, just as for those within the field of cultural studies who aspire to an interdisciplinary approach. For the former, the book will represent a valuable documentation of the emergence and development of African American contemporary art. The significance of documentation is something Kellie Jones has learned by working in museums and as curator: “A large part of why artists of color are unknown is because written documentation of their work has not been a priority.” Kellie Jones has made it one of her life missions to establish such a scholarship and EyeMinded represents an important milestone on this journey.

For scholars of cultural studies, the book will provide a guide in method and study. Sociologists of culture (and cultural sociologists) have their difficulties studying the arts as they often lack the familiarity with the subject matter. It is for this reason that they will often concentrate on dealings of the cultural industry, commercialization and the dynamics of the economy of prestige. However important this approach is, it tends to marginalize the role of social facts and ideas on artistic production and the latter’s reception. This is the gap that Kellie Jones’ essays bridge in an illustrative manner for future research.

Different readers will pick up on different essays as their favorites. Especially enjoyable were “Unseen and Overheard” on the pictures of Lorna Simpson and her way of undoing the traditional gaze on the black body; “The Structure of Myth and the Potency of Magic,” which discusses how David Hammons has used waste to create public art; the account of the social history of photography and how this has impacted the works of artists like Pat Ward Williams; and the story in “Black West” on the emergence of the Black Arts Movement in Los Angeles in the 1960s. The short essay by Lisa Jones,
“How I Invented Multiculturalism” is a wonderful account of being “here and there” and thus in “constant change” as referred to in a poem by Kempadou.

It is this in-between state described in Kempadou’s poem that has produced some of the most exciting contemporary art and the best writing on it.