Eye on the West: Photography and the Contemporary West 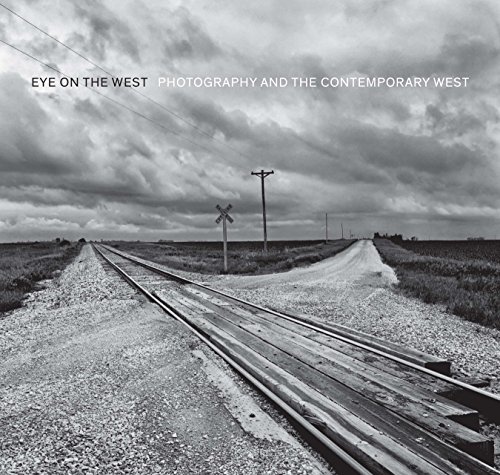 “The images and accompanying words in Eye on the West challenge us to see, think, and feel differently about the Western landscape . . .”

One of the most influential photographers to explore the social and political significance of nature and landscape, Robert Adams once said, “We rely on landscape photography to make intelligible to us what we already know. It is the fitness of the landscape to one’s experience of life’s condition and possibilities that finally make a scene important to us.”

From the beginning of the 19th century the images that photographers have brought back from an emerging North American West have influenced not only ways the region was perceived but also public policy that defined how the region’s natural and cultural character would be treated.

Early photographers documented grand landscapes; later photographers explored aspects of the built environment. Eye on the West: Photography and the Contemporary West explores the distinctive stories and the particular issues that the communities and landscape of the 20th century West confronted, challenging the idealism of an earlier century and bringing our perceptions up to date.

This work, curated and edited by George Miles, presents images by 17 contemporary photographers whose photographs of the West are collected in The Beinecke Rare Books and Manuscript Library at Yale University. The photographers, who include Laura McPhee, David Plowden, Miguel Gandert, Karen Halverson, Toba Tucker, Richard Buswell, John Willis, David Ottenstein, Lauren Henkin, Will Wilson, Abe Aronow, Marion Belanger, Jon Lewis, Owen Luck, David Grant Noble, David Ottenstein, Roberta Price, and Kim Stringfellow, use a variety of equipment and processes to convey meaning, vision, and statement as well as an essay on each image. An introduction by Miles on the library’s collection of photographs compliments the text.

The resulting volume presented in the documentary tradition is an ongoing conversation about Western American history, society, culture, and politics filled with deeply felt personal responses to the landscape.

The photographs expose the fitness of the western landscape to contemporary life’s conditions and possibilities that resonates into the 21st century. Here are images of a landscape filled with a quality of spirit that exposes the connection between the souls of both the photographer and the subjects with the landscape. Here, too, are images that show a land imbued with social and political significance, images that point to the impact of human encroachment on the land but also the impact of place on human daily lives.

Eye on the West is a beautiful book to hold. It succeeds in Miles’ goal to stimulate the desire to explore the depths of the Beinecke’s holdings. Oversized with 34 color and black and white illustrations, this hardback is printed in landscape format on matte pages. Meant to accompany an exhibition in 2018, the book stands alone as an important project and work of art.

The images and accompanying words in Eye on the West challenge us to see, think, and feel differently about the Western landscape than we did before we looked at the photographs. If landscape “represents the universal gifts nature has bestowed and at the same time it can be seen as a textbook for our successes and failures to live and prosper with dignity within its realms,” as Minor White suggested, this volume situates contemporary life squarely between nature and culture, with all of its beauty and all of the ramifications of human occupancy.