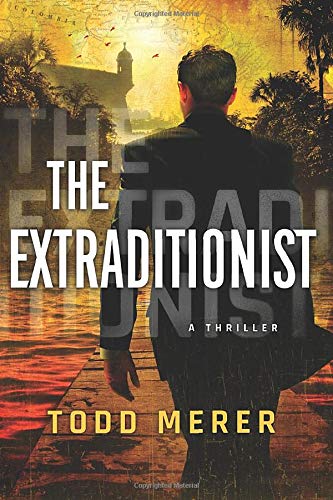 “If anyone has ever wondered how the drug trade works and what lawyers think as they represent drug dealers in court, this novel gives a good, if fictional, idea.”

In lawyer Benn Bluestone’s world, there’s no right and wrong, only the end result. Benn is good at what he does, which is getting reduced sentences from the Department of Justice for his drug trade clients. He loves the benefits, the women, and the money—especially the money—but he’s rapidly deciding it’s time to get out.

“There was no escaping the truth. As much as I wanted the quit the game, I can’t deny I loved playing it.”

All he needs is one big client with the properly large retainer. He may have found the one, the man called Sombra, the shadow, face unknown but clearly the undisputed head of the Colombian drug trade.

When he finds himself with not one but three clients with the appropriate cash, Benn thinks he’s got it made.

“‘You get a lot of money for my case. Things work out, you’ll get a whole lot more.’
I held the check up to the light and peered at it. It signified the same as a moment ago: made out to me for $1 million.
I pocketed it and left.”

Then things begin falling apart. People start dying, both the faithful and the untrusted. Benn finds himself under investigation, and it seems as if all three clients are bound together . . . that everything has become one big case.

Benn has choices to make, but whatever he chooses, it looks as if he’s going to come out the loser. “Whoever heard of a story with a happy ending that begins with a quadruple-whammy like Christmas, Hannukkah, and Kwanzaa all falling on the very same day that a blizzard just happens to blanket the Big Apple?”

There may be a light at the end of the tunnel, but Benn may not reach it. As Sombra says, “One issue remains unresolved, the lawyer’s fate. Live or die?”

For some readers, the main character of Todd Merer’s novel may be a difficult character to like. By his own admission, Benn Bluestone is mercenary, definitely greedy, and fighting to be the one coming out on top. More a protagonist than a hero, he’s already lost the woman he loves, though he has a foolhardy hope he’ll eventually win her back, but that is probably a dream if not a nightmare. Benn is alone, in more ways than one, haunted by memories he can’t shake, of sights he shouldn’t have witnessed.

These very traits, designed to alienate, will, as the novel progresses, and the odds become more desperate, generate a turn of viewpoint, until sympathy, if not empathy, prevails.

The Extraditionist is a complicated novel, and it’s advised the reader not attempt to fan through the pages or skip a section, for that may lead to a missed point, an important thread, or simply an exciting paragraph. If anyone has ever wondered how the drug trade works and what lawyers think as they represent drug dealers in court, this novel gives a good, if fictional, idea.

Fact or fiction, The Extraditionist is an exciting read, and its ending advises that Sombra has future plans for Benn Bluestone which the reading public will, no doubt, await eagerly.