The Ex: A Novel 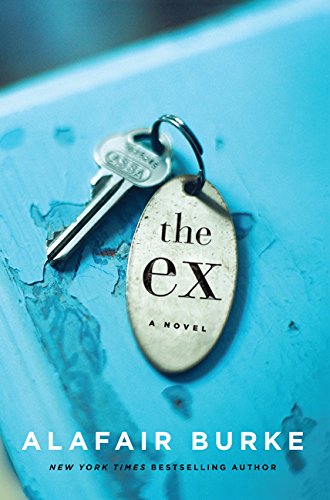 “a nifty bit of fine suspense.”

Briskly told and packed with plot, The Ex rocks.

You might feel the distinctive ribs of Presumed Innocent poking through, but you won’t care. Criminal defense lawyer Olivia Randall never becomes the target of suspicion, as Rusty Sabich did in Scott Turow’s classic legal thriller, but she’s just as much at the center of the storm thanks to a layered story that tests her analytical powers and determination with every turn of the page.

Alafair Burke’s writing is smooth and the plot flies. Mushy middle? Not here. The backstory—and it’s substantial—never bogs things down. Olivia Randall tells us as much as she can about the murder case that falls into her lap (and it’s a whopper) save for one pertinent detail that gets dropped near the end. But that tidbit involves one of Olivia’s not-so-proud moments and, well, who can forgive her for not revealing everything right up front? For the most part, she’s a reliable, martini-swirling narrator.

The Ex is intricate (that’s positive public relations speak for “complicated.”) To set up the fine little bang that comes with the climax here requires careful storytelling. Some readers might feel the heavy hand of probability pulling them along.

The engine for Olivia Randall is guilt over how her relationship with Jack Harris blew up so long ago. Jack is a widower. His wife, Molly, was one of the victims in a mass shooting at Manhattan’s Penn Station. When Jack gets arrested for a triple homicide—and one of the victims is the multimillionaire father of the 15-year-old shooter—it falls to Olivia to sort through Jack’s firm declarations of innocence and a steadily-mounting stack of evidence against him.

Jack’s best alibi is a woman he spotted during an early morning run along the Hudson River. She was in a party dress, barefoot, and sipping champagne. And, yes, she was reading his favorite novel. What are the odds? Her presence dredges up searing memories of what he loved about Molly. Of course he’s eager to find the woman, and Jack has a friend who runs a popular website that serves to connect strangers after chance encounters. Given the evidence, including gunshot residue on Jack’s clothing, finding this woman is critical.

Jack’s case gives his ex, blunt-talking and self-aware Olivia, a chance to make amends. “I’m selfish,” she tells us. “I feel entitled to things always going my way. I despise hearing about other people’s problems, because I don’t like most people, especially people who would be described as normal. They say ignorance is bliss? I think bliss is for the ignorant. But before he met me, Jack was normal and good and blissful, and made the mistake of loving me anyway. And he got burned for it.”

Did Jack do it? Was he the victim of a “catfish”? Was the missing girl’s presence pure coincidence? What would it have taken to frame Jack? Is he innocent, possibly, because everything lines up too easily? Because he looks so guilty? Is Olivia being played?

Character takes a backseat. It’s somewhat hard to figure how Olivia and Jack were together in the first place—and even Olivia wants to understand it better. In fact, helping Jack might just help her better understand. Olivia didn’t even send Jack a note when his wife was murdered, if that’s any clue to what she’s all about. Do you prefer that your protagonists sport a soft touch? Seek elsewhere.

The Ex is built for the puzzle—and the puzzle is a nifty bit of fine suspense.