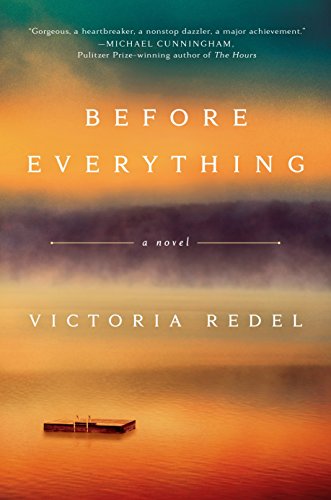 Nothing is quite like the bond of true friendship, and no one realizes this more than Anna as she fights another battle with dreaded cancer which has returned yet again. With the support and comfort of her "Old Friends," Helen, Molly, Ming, and Caroline, Anna faces her upcoming demise with composure.

An independent and dynamic middle-aged woman, Anna gains power from the besties she's had since grammar school. Also, many love her including her not-so-ex-husband, Reuben, her sons, brothers, and many neighbors in her western Massachusetts town.

Though embarking on a depressing, yet inevitable topic, the subject is handled with grace and style. The many chapters contain subplots with several of the characters, referring back into their history with each other, comparing their past times with more recent events.

These five women each tell their particular story, contributing their joys and sorrows, depending on their closeness to help them through any crisis. Anna is the catalyst of the group as her opinions, advice, and familiarity make them turn to her while at the same time they wonder how they will live without her.

Close as they all are, Anna conceals the inner musings she does not share with these women, such as:

"Even with all these friends—more than more people could manage or even want—she's had loneliness. She feels it now. It has always been there. Certainly with Reuben, hadn't there been loneliness? She tried not to let her children see that hem of her loneliness, though they sensed it . . .

"Maybe, always, that separation, that scratchy husk of loneliness was preparation for this. So she would not be frightened of leaving. She'd been frightened for so many years. And then she wasn't."

As Anna weakens, her friends surround her with love as well as trepidation, as they all tiptoe around the mention her imminent death. Only Helen, who believes she is the closest to Anna, asks, "Are you afraid?"

Anna's thoughts turn to: "This is what Helen has never asked, what over all these years of treatment and period of health Helen and The Old Friends have trained themselves not to ask. It was a tacit agreement. The answer too obvious, it loomed in each moment's specific worry."

"'Are you afraid?'" Helen repeats. And now above everything, Helen needs to hear Anna's answer. Ming tilts her head, and Molly glances in the rearview. Helen sees they all genuinely don't know. They've been so busy with their own fear. None of them have dared to ask her."

A riveting and emotional story, Before Everything dares to delve into a matter no one wants to discuss. In spite of this and because of the impact and closeness of these women, they dare to express their fears and heartaches while they still cling to hope for Anna's recovery.

Each character voices his or her internal thoughts and anxieties, covering the whole spectrum of immortality from different points of view. The essence of this tale is the sharing and love between one another—not a maudlin read, but a depiction of affection, strength, and how one person can affect the lives of so many.