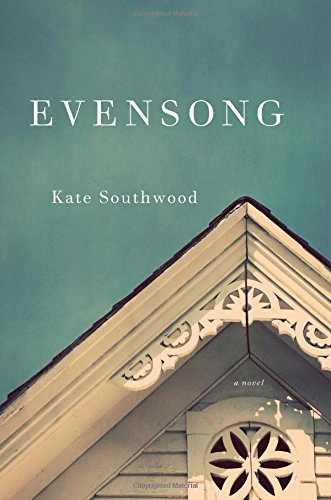 Eighty-two-year-old Margaret Doud Maguire is in the hospital recovering from a heart attack. With the Christmas season approaching, all she wants is to be home. She is the last of the Doud family, having lost brother Porter and sister Estelle, but her two daughters, Joanne and Lee, and granddaughter Melissa are there for her.

Written as a memoir, Evensong has elderly Maggie reminiscing about her life. All she desired was to be a dutiful wife and loving mother, and after all these years, she sees her girls as strangers.

Gathering in Maggie's Iowa home, she hopes to reconcile with them before she passes away. She doesn't believe she was the mother they deserved, and Garfield, the girrls’ father, always bullied her. Looked up to and respected in the community, Garfield operated his dental practice out of his house. Larger than life, he demanded to be in control and ruled his family harshly.

Maggie, a naive, small-town girl when they married, was cowed not only by Garfield but also by his mother, Lillian with whom they lived. Garfield served in World War II, which made Lillian overly domineering, putting Maggie under her thumb. Lillian more or less raised Joanne with Garfield's blessing, until he returned home, leaving Maggie feeling rejected.

Garfield ruled his family with an iron fist. Maggie deferred to him for everything. Some remembrances of him include passages like these:

"Garfield brooked no dissent. If he knew a thing, he knew it, and he dismissed all contradiction that did not derive from an expert source. I could never question him on dentistry, not even as he practiced it on our girls. I was not only not a dentist; I had only a high school diploma to my name. So he never asked my opinion when he put Joanne in his chair at the age of seven; filled her mouth with fluoride and walked away, saying, 'Don't swallow, that's poison.'"

Also: "No one ever needed to think a thought around Garfield; he would think them for you. You needn't ever wonder about anything, either, or cultivate opinions or judgments. He'd cheerfully set you straight. Pointing out weakness where he saw it was an indoor sport, and Garfield constructed fine qualities like kindness or caution as weakness when and where it suited him. He felt entitled to do it, somehow, and if you didn't agree that he was doing you a service, that was all right; he knew he was, and that was good enough for the both of you for now."

Garfield claimed Joanne as his own after her birth, raising her in his Catholic faith, allowing Lee to attend Maggie's Presbyterian Church. They grew to be a house divided.

One Sunday after services, Lee and Maggie came home and found Garfield dead. The girls were still young: Lee age seven and Joanne 15. Maggie did not suffer his loss. Joanne happened to be home when Garfield when he perished, and after his passing took up her father's mannerisms, becoming hard-headed and opinionated, causing Maggie much distress.

The prose is distinctive through with an example as the following: "Our breakfast eggs fluttered and spat in the pan, yolks humped up and the edges gone brown in the fat."

Evensong holds many accounts of Maggie's history and the angst with her family. The chapters, flip-flopping between the present and the past can be a bit confusing, but is overall successful in this book. Southwood does not use quotation marks, nor does she separate dialogue from narrative within paragraphs. Yet the story works and it can't help but make readers consider their upcoming demise and the regrets in their lives.

This novel may be regarded as depressing; however, it offers food for thought as well as the suggestion that it's never too late to make changes in one's life.