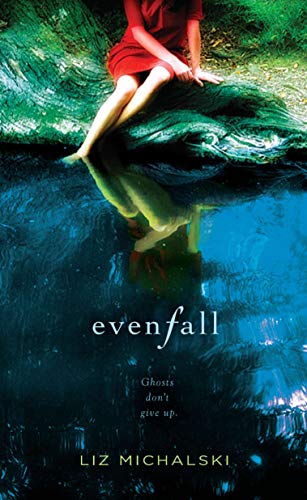 Frank Wildermuth fell in love with Gert Murphy, and then, in a strange twist of fate, marries her sister Clara. Despite his betrothal, the love that Frank and Gert share lives on, no matter how many years, wars, or miles Gert puts between them.

When the wife of their wayward brother, Richard, dies, leaving him with an infant daughter, Richard jumps head first into a bottle. As baby Andi’s health and well being hangs in the balance, Clara is finally able to track down Gert and convince her to come back and help their brother and niece.

When Gert nurses both Richard and Andi back to health, they all travel to the Wildermuth’s family farm, Evenfall. Though they try to ignore it, the love that Gert and Frank felt in their youth has not dimmed with time. Unfortunately for Clara, she also sees the emotion her husband and sister try so hard to hide.

After being thoroughly loved and raised by three doting aunts and uncles, Andi graduates high school and is sent off to college to begin a life outside of the small country town. Finishing her studies in Italy, Andi has never returned to her small-town roots.

Now, years later, Frank has passed and Clara before him. Andi returns to Evenfall to say goodbye to her childhood home as she helps Aunt Gert ready the estate to be sold. Although everything is pretty much as she remembers it, Andi finds that some things have changed—mainly Cort McCallister—a boy she used to babysit and who has loved Andi since he was six years old. Now all grown up, Cort plans to let Andi know just how he feels.

Having just broken things off with her cheating fiancé, in Italy, Andi isn’t sure how to deal with her new feelings for Cort; but before she can figure it out, her estranged father and ex-fiancé show up out of the blue and complicate things even more.

Although Gert and Andi bump heads, they’re more alike than they may care to admit. While Gert tries to rectify her guilt of the past, Andi tries to sort out her present; and both women search within for a way to say goodbye to Evenfall.

The story is told from the points of view of Gert, Andi, and the spirit of Frank—who all spin the threads of the past, present, and future, as years of longing, regret, and heartbreak begin to unravel. As the tale unwinds, Andi contemplates her future, Gert reflects on her life, and Frank tries to bring all three of them some peace.

Using light, descriptive prose that flows over the page like a cool, refreshing breeze, Liz Michalski’s Evenfall takes the reader on a sweet trip of nostalgia, back to a day when life was a bit simpler—although love just as complicated as it has always been.

Ms. Michalski does a great job of rendering not only her characters, but creates an almost-tangible imagery that transports the reader and effects such a strong connection to person and place that it’s impossible to stop reading until the very last page has been turned.