Even As We Breathe: A Novel 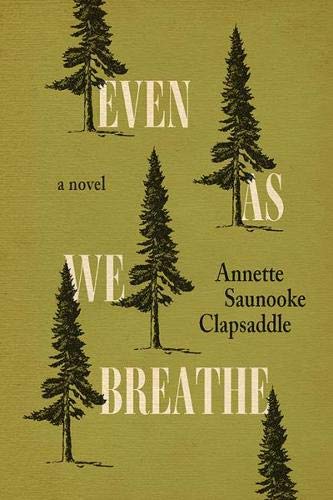 For a growing number of COVID quarantiners, beset with cabin fever, the western North Carolina city of Asheville has become a relatively safe, getaway refuge, worth the cheap flight—or the longer drive for the more cautious.

In pre-pandemic days, Asheville was renowned for its diverse restaurants, eclectic galleries, and numerous intimate music venues; also, for the city’s lefty, LGBTQ-friendly vibe; Malaprop’s, a famed independent bookstore; and the numerous nearby, mountain hiking trails. Other marquee attractions include Biltmore House, the sprawling, palatial estate of George Vanderbilt, and the historic, hillside Grove Park Inn.

Asheville and the Grove Park Inn, which opened in 1913, are at the center of an engaging, debut novel, Even As We Breathe.

The novel is set early in World War II, when civilian enemy aliens from Axis nations were interned at the iconic resort as “guests.” The arrangement provided work for area residents not otherwise engaged in the war effort, while keeping the inn afloat financially.

Author Annette Saunooke Clapsaddle, is an enrolled member of the Eastern Cherokee Band of Indians, and she brings her peoples’ perspective to bear on the narrative. The central characters are also two young members of the same band, Cowney Sequoyah and Essie Stamper, from the Native American town also named Cherokee.

Cowney, whose deformed foot has kept him from being drafted, and Essie, the girl he is in love with, are on the cusp of life between high school and college. They are trying to figure out what the future holds for them, while being immersed for the first time in the cosmopolitan slice of white life at the Grove Park Inn.

Living away from Cherokee country for the first time, the two teenagers encounter prejudice typical of the period at the Grove Park Inn, and on outings to Asheville. At a movie theater, a ticket taker insists Cowney and his white friend sit in the balcony designated for “Colored” patrons.

There is a mysterious disappearance at the inn, but the book’s primary focus is the relationship between Cowney and Essie, and between the boy and the grandmother back home that raised him after his father died in World War I.

“One of the things that I think is interesting about how Cowney is treated when he arrives at the Grove Park is that, technically speaking, he has more of a right to be in that place on that land than anyone there,” Clapsaddle, a graduate of Yale University and the College of William and Mary, told an interviewer from the web site 100daysinappalachia.com.

“And he is the one who is treated as an outsider. I did want to highlight the irony of that. I think that it’s interesting that we make these false assumptions as to who belongs and who doesn’t, and a lot of it is based on race, it’s also based on social class.”

For all its intimate richness, Even As We Breathe might have benefitted by weaving through the narrative even more description of the texture of everyday Cherokee life. Like this great scene in the tourist town of Cherokee, at a gift shop much like the one Clapsaddle’s grandfather started in the 1950s. In it, a boorish, thick-headed white customer insists that a woven basket could not possibly be handmade because it has no flaws.

Clapsaddle lives in the mountains, and teaches English and Cherokee Studies at a public high school in Swain County, North Carolina, a background that infuses the novel. And while she doesn’t dwell on it in a heavy-handed way, the Cherokees’ footprint on the mountains of North Carolina, Georgia, and South Carolina, which dates back millennia, informs the way the novel’s contemporary characters see themselves.

Following abundant forest game, the early Cherokee beat the first paths through the mountains, many along the rushing streams and rivers. These paths became drovers’ roads and stage coach turnpikes, enabling early white settlement, and circuit riding Methodist missionaries. These thoroughfares in turn became railroads, and, finally, highways. Today’s Appalachian towns and cities grew up along these routes.

The Cherokees in Even As We Breathe are descendants of those Native Americans who escaped President Andrew Jackson’s Great (and illegal) Removal from the Smoky Mountains, and the subsequent Trail of Tears to Oklahoma.

Most of the victims of this outrageous land grab were highly assimilated Cherokee farmers, as well as storekeepers, preachers and lawyers. They were educated, English-speaking and literate, and Christian. None of which saved many of them from the U.S. government’s ethnic cleansing, and a portrait of the despised Jackson in one of the Grove Park rooms sparks Cowney’s enduring resentment.

For the past century, the Appalachian Mountains have exerted an inexorable pull on American novelists.

There is an active and on-going debate among both writers and critics over who has the more legitimate claim to this literary terrain. That is, native, white writers born and raised in the mountains or widely disdained “outsiders” who come only to strip mine the rich vein of atmospherics, often for caricature, and move on.

The list of “insiders” is long and distinguished: from Thomas Wolfe and John Ehle,  to Ron Rash and Wiley Cash, Wilma Dykeman and Sharon McCrumb, to Sheila Kay Adams, Barbara Kingsolver, and Amy Greene.

However, this debate implicitly overlooks the arguably superior claim of the Cherokee, who predate white settlement.

Even As We Breathe is the first novel published by a member of the Eastern Cherokee Band. In it, Clapsaddle, who is also half Appalachian white, goes some distance in remedying the literary imbalance.

As she writes, in Cowney’s voice, at the novel’s conclusion:

“This land is ours because of what is buried in the ground, not what words appear on a paper—even this paper. However, it can also be said that bones shift and decay. Blood dries and flecks. Flesh withers. And the only thing separating us is the stories we choose to tell about them.”

Mark I. Pinsky has covered sensational murder cases on both U.S. coasts for nearly half a century, including serial killer Ted Bundy and Green Beret Dr. Jeffrey MacDonald for the New York Times and the Los Angeles Times, among others. He is the author of Met Her on the Mountain: A Forty-Year Quest to Solve the Appalachian Cold-Case Murder of Nancy Morgan.