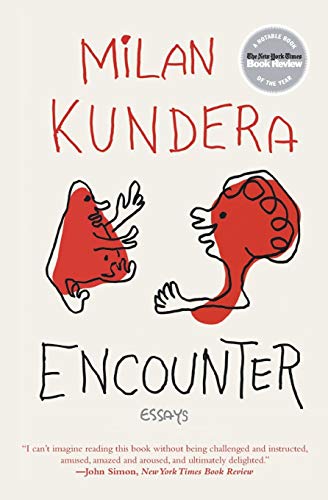 In this eclectic collection, Milan Kundera addresses a broad range of subjects. He turns his critical eye upon well-known literary works and authors such as Dostoyevsky’s The Idiot and Gabriel Garcia Marquez’s One Hundred Years of Solitude, as well as exploring his responses to more obscure works like those of Curzio Malaparte and Anatole France. He also expounds upon works from other spheres of the arts. He writes on the opera of his countryman, Leos Janácek, the music of Schoenberg, the paintings of Francis Bacon, and the films of Fellini. He also investigates the role and impact of exile and memory on art, through his own experiences and those of others.

Born in Brno, Czechoslovakia, in 1929, Kundera fled the communist oppression of his homeland in 1975 to live in exile in France. He is now a naturalized French citizen. Resistant to being labeled a political dissident writer in exile, Kundera regards himself as a novelist first and foremost. He is the author of several well-regarded books including The Joke, The Book of Laughter and Forgetting, and The Unbearable Lightness of Being, as well as nonfiction works such as The Art of the Novel and Testaments Betrayed. In 1985, Kundera was awarded The Jerusalem Prize for the Freedom of the Individual in Society, a biennial literary award given to writers whose work has dealt with themes of human freedom, society, politics, and government. He has also won the Herder Prize and the Czech State Literature Prize as well as having his name linked to the Nobel Prize.

In Encounter, Kundera brings his vast experience and diverse interests to bear on a range of subjects. The first essay, “The Painter’s Brutal Gesture: On Francis Bacon,” sets the tone for the rest of the collection. In it he begins with an explanation and some material from an essay he wrote in the seventies. This integration of memory and experience is the key to the essay and to the works that follow it. These are not opinions in isolation. There is a clear trail that leads back through his previous life and works, and the history of literature and the arts.

Kundera’s writing style makes his subject easily accessible. He writes with great knowledge and insight about a variety of different topics, yet the reader is able to interact effectively with the content even though it may be unfamiliar. A knowledge of opera is not necessary to benefit from reading about Leos Janácek in “The Long Race of the One-Legged Runner,” nor is an intimate understanding of the literary history of Martinique necessary to get value from “Beautiful Like a Multiple Encounter.” As the title of the collection asserts, these are “encounters,” personal responses to outside stimuli; and in that context they work exceptionally well.

“The Total Rejection of Heritage, or Iannis Xenakis (a text published in 1980, with two interventions from 2008)” in section IV is just such a work. The bulk of the text was originally published thirty years ago, and now, for this collection, the author has added two “interventions” that add to and complement the existing text. This is perhaps the soul of Kundera’s work, the accumulation of experience, the expansion of a worldview to include what is new alongside that which existed before.

Overall, this collection of essays traces a path that leads from the artistic endeavors of days gone by up to the present. Kundera examines the links between the nearly forgotten and the iconic. He looks at the way exile and estrangement impact upon art and creation, and the way distance in time changes our perceptions. This is a remarkable collection that showcases the author’s diverse interests and sparkling talent.