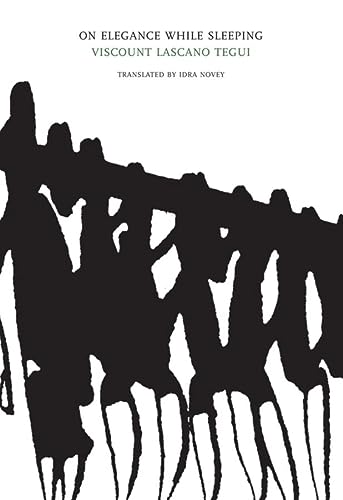 First published in 1925, the Argentinian, Lascano Tegui’s novel, On Elegance While Sleeping, was just reprinted and deftly translated into English by Idra Novey, giving an English language audience an opportunity to read Tegui’s mad, macabre, modernist work. The novel, organized chronologically in the form of the narrator’s personal diary, includes the narrator’s various experiences in the France of his childhood, his travels, numerous digressions, musings, and aphorisms. On Elegance While Sleeping imitates the aestheticism, decadence, and wittiness of many of Oscar Wilde’s works and the mad, overwrought, self-absorbed narrators of some of Edgar Allen Poe’s short stories. While not quite as clever, well-developed, or well-written as The Picture of Dorian Gray, Tegui’s novel is still an interesting example of avant-garde, decadent writing. The narrator opens his pseudo-diary reminiscing about his first manicure: “My hands no longer looked like they belonged to me. I put them on the table, in front of my mirror, and changed their positions in the light. With the same sense of self-consciousness one feels when posing for a photographer, I picked up a pen and began to write. That’s how I started this book. At the Moulin Rouge that night I heard a woman standing nearby say in Spanish: ‘That man’s taken such good care of his hands, the only thing left is to murder someone with them.’” This first page captures Tegui’s narrative style, and many of the themes developed throughout the novel. On Elegance While Sleeping is largely about art, writing, and the construction of the self. The unreliable, contradictory narrator self-consciously creates a persona in his “diary” much the way he poses for a picture. He playfully warns the reader, “This journal I write, almost without wanting to, as dusk falls, doesn’t always paint a true picture of what’s happening to me. Rather, these are evocations of events, the memory of which passes its pen across my brow.” The aesthete narrator likes to watch others and is attracted to both the beautiful and debauched. Some of his many truisms or observations include, “Proportion—the source of all beauty in architecture—was nearly the end of me” or “Love is the most profound aesthetic experience in a person’s life.” The likely gay narrator comments on the beauty of women, or particularly specific body parts but mostly views them as aesthetic objects and the subjects for his art. He writes, “How many kilometers have I traveled in pursuit of a woman’s breast! I’d lose count before I reached a number. And that just for a breast! The rest of the body is irrelevant.” Tegui’s narrator also fixates on the degenerate or ugly. He boasts of his childhood experiences discovering drowned cadavers floating down the Seine in his town of Bougival. He later notes of his enjoyment of watching dead flies: “I’ve watched them dying, in piles, writhing around uselessly, deliciously, trying in vain to prolong their existence. But winter slaughtered them nonetheless in the ambush of my clear glass. And I, behind this glass, watched them die.” Finally, like many of the mad narrators of Poe’s stories, Tegui’s diarist obsesses about committing a murder. Throughout the text, beginning on the first page, he hints that he will murder someone, adding a bit of playful suspense to the narrative. Toward the end of his tale he even states, “I’m halfway between a comedy and a strange sort of drama, and feel an overbearing need to lower the curtain. . . . I’m going to kill someone.” Murder too, is aestheticized and is merely part of his performance. Idra Novey’s fine translation of the novel captures the language and tone of Tegui’s 1925 work without lapsing into awkward anachronisms; it is smooth and elegant. On Elegance While Sleeping is an entertaining and interesting period piece, Tegui’s homage to the Aesthetic Movement.