To the Edge of Sorrow: A Novel 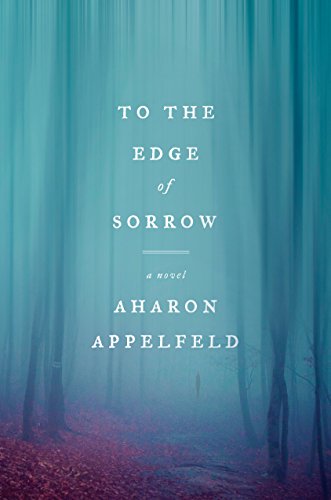 Notoriously, the small groups of European partisans who fought a guerilla war against the Nazis during World War II, hiding out in the area’s forests, generally refused to allow Jews to join them.

But in To the Edge of Sorrow, author Aharon Appelfeld, one of Israel’s most honored novelists, has created a group of brave, loyal, generous, and intellectually disputatious Jewish partisans.

A Ukrainian-born Holocaust survivor who died two years ago, Appelfeld often wrote about the Holocaust. However, this novel—first published in Hebrew in 2012 and now translated into English by Stuart Schoffman—may be his most personal. The daily details undoubtedly stem in part from Appelfeld’s time as a young boy with Ukrainian partisans.

In sharp yet affectless language, the book describes the slog of the wetlands, the bitter winter cold, the joy of eating soup that “is like fire in the bones,” and the everyday routine of robbing local farmers:

“We quickly moved to tie up the grandfather and his sons. The children and women continued to scream. We had no choice but to silence them; Felix fired a round into the ceiling, and everyone fell silent. We took what we could carry and withdrew in an orderly fashion.”

The plot is minimalist: The 17-year-old narrator, Edmund, joins a small cadre of Jewish partisans in the Ukraine forests in the spring of 1942. While he learns to use a gun and joins the raids and ambushes, he is wracked by memories of the way he ignored his mother’s illness in the ghetto, because he was infatuated with a non-Jewish girl. He also feels guilty that he abandoned his parents as they boarded a cattle car to a death camp, even though they urged him to run.

Meanwhile, the cadre blows up trains headed to the camps, rescues survivors, raids the local farms, struggles in the frigid winter, and desperately hopes the Red Army reaches them before the German army attacks.

More important are the relationships among the disparate partisans—from two-year-old Milio, who doesn’t speak, to 93-year-old Grandma Tsirl, whom the others consult like a prophet.

Kamil, the leader, insists that the group study Hebrew and the Torah along with rifle practice because, he says, “Every Hebrew word we acquire is a gift.”

That prompts debates among the atheists, Communists, Yiddish advocates, and secular Jews in the group.

There are other disputes, too. Over and over, like a poetic refrain, they question the morality of robbing poor farmers instead of attacking German troops. “We’ve turned from people who were trained to fight an armed enemy into a bunch of bandits who live off stolen booty,” one fighter complains.

At one point, they capture a Ukrainian doctor, who tends the sickest survivors under duress while muttering anti-Semitic epithets.

The doctor, along with farmers, a German soldier, and many of the Jews rescued from the trains, all marvel at this ad hoc group of fighters who defy Jewish stereotypes.

To the anti-Semites, it’s an impossibility. “Armed Jews do not frighten me; it’s out of character for them,” the doctor scoffs. “They seem to be masquerading.”

To the rescued Jews, the moral is more uplifting. “In the ghetto and the camps we lost our faith in man,” says one survivor. “Your commune, the devotion of each and every fighter, has restored the image of man to the world.”