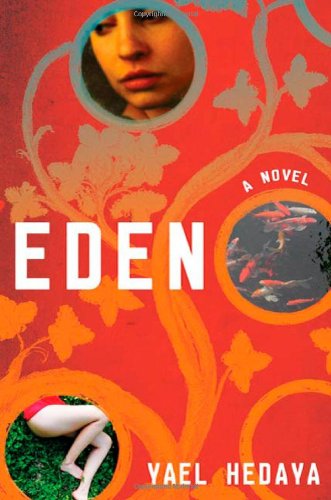 In the Hebrew edition of Yael Hedaya’s novel Eden the second of three chapters named for the character Dafna begins with the following paragraph:

“And perhaps her mother was right. Not everyone is destined to give birth, and that’s not a tragedy. Perhaps she’d even find a way to accept that statement, which at the time sounded irresponsible and cruel to her, and pave it into a path to consolation—anyway, even if they were more or less her last words—were her mother not herself contradictory evidence of that statement: not everyone is destined to give birth, but she brought three into the world, and that is a complete tragedy.” (This reviewer’s translation.)

In the English version of Eden, however, the same chapter begins with what is the second paragraph in the original Hebrew:

“Not that she wanted to die. Not at all. Not badly enough to do anything about it. The desire to die was set aside for isolated, focused moments, and it never spilled over into what could be called—she hated the expression but couldn’t come up with a better one—the day to day. No, her day to day was booby-trapped in a different, non-suicidal way, full of little torture devices. Since the [IVF] failure in May, it was enough to catch sight of a pregnant woman on the street or in a café, or even to hear about a stranger who was pregnant, to stun her with a brief paralysis, after which she would rouse and go about her business as if nothing had happened, but more bitterly. She was angry at herself for that bitterness because it was clear that humanity could not be expected to stop procreating just so one woman could have the chance to bring a child into the world, and even—she knew this was crazy but it’s how she felt recently—just to get pregnant and miscarry. Because that was the thing now, the pregnancy itself. The boy or girl who was supposed to be waiting at the end of the road had grown so distant now as to be an invisible, insignificant dot.” (Jessica Cohen’s translation).

Readers can judge for themselves whether or not that original first paragraph is expendable, but they should know that the 486-page English version being published today is an abridged edition. The original Hebrew is 674 pages, 28% longer (the pages are smaller, but so is the font, so those factors cancel each other). If the fact that Hebrew is a more concise language than English is factored into the equation, then the translation under consideration contains less than two thirds of the original. And with no offense to the author intended, that is not necessarily a tragedy.

So what was cut and what preserved? The English edition contains shorter versions of every chapter found in the original Hebrew. Besides omitting entire paragraphs many of the preserved paragraphs are truncated. For the most part the omitted sections comprise ruminative interior monologues and flashbacks that add depth and psychological insight to the characters. In the Hebrew Eden is a collection of psychological character studies to which the plot and story are subordinate. In its tighter, leaner English version the narrative flow is stronger.

Although this translation and its original are two somewhat different books they share the same characters, plot, and setting. The novel’s title is the name of a fictional moshav, or cooperative agrarian village, that has been transformed into an outer suburb of Tel-Aviv. Newcomers from the city have bought the farms and farmhouses that had been established by an earlier generation of Zionist pioneers, demolished the houses and replaced them with contemporary villas.

Commuters must leave by 6:30 AM to beat the morning rush hour traffic. The bus from Tel-Aviv (probably a local route with many stops along the way) takes two hours to reach Eden. Traffic jams are a frequent feature of the neighboring environs, as is typical of suburban sprawl. The characters shop at global retail outlets such as Ikea and Toys R Us, which are familiar to readers in nearly all developed countries.

Eden’s transplanted secular urbanites include Dafna, a 39-year-old former television producer now working for a peace organization and born in Eden but grew up in Tel Aviv; and her husband Eli, a 42-year-old lawyer in civilian life and an IDF reserve JAG officer. This couple has been trying to conceive a child for seven years and their marriage is being strained by the IVF process.

There is also a married but separated couple: Alona, a 39-year-old book editor and native Edenite and gets the best lines; she and her husband Mark, a 40-something half American chef/restaurant owner, are best friends and as co-parents of Ido, a kindergartener, and Maya, a first grader, and they spend more time together than when they shared a domicile.

Then there’s Roni, Mark’s precocious and emotionally troubled teenaged daughter from his first marriage who lives with him and Alona; Nechama, Alona’s mother, a widow in frail health, a retired career woman, and a veteran Eden resident; Reuven, a married 60-something neighbor who fantasizes about and tries to flirt with Alona; and Jane, Roni’s American mother who lives near Woodstock, New York, and is the subject of the final chapter.

At least half of these characters of both genders are preoccupied with sex, most of the adults are absorbed with either procreation or parenting, and they all experience difficulty with emotional intimacy. Hedaya is best known to American audiences as the head writer of the Israeli television drama B’tipul from which the award winning HBO series In Treatment is adapted. It will not surprise readers who are also fans of a program that features psychotherapy sessions that her characters psychoanalyze one another:

“‘It’s hard for you to be in the moment,’ he [Mark] said, and she [Alona] thought, How could you not fall in love with someone who can pull out such accurate diagnoses? She had a problem with the moment, she knew. She was always outside of it, a minute or two behind, never fully in it, as if the moment were a whirlwind she feared getting swept up in.”

But Mark’s analyses are not always endearing, as in this computer metaphor:

“It’s not a commitment issue . . . Because you don’t have any problem with commitment. It’s something else, something much deeper, much more pathological; you have no idea what it means to think in two. To feel in two. To suffer in two and be happy with someone else. Maybe you thought it was a hardware issue, that if they took you and put you in a couple, you’d figure it out. But no, Alona, it’s a software issue. It’s like a bug, and there’s nothing to do about it. There just isn’t.”

But Alona’s analyses are no less insightful:

“He didn’t want a woman who was always right. He wanted someone who made mistakes. ‘A human woman,’ he’d hurled at her once when they fought, and she’d shot right back: ‘A woman who’s right is human too.’ She was right: with women, all the women in his life, he only knew how to speak one language, a sort of Esperanto of his love life, the language of hurt.”

And she doesn’t spare herself:

“. . . she . . . thought about the fact that maybe she had been so busy defining Mark that she’d completely missed him. Mark never stood on his own. He was always relative to others: less hurtful, more trustworthy, less complicated, more loving but never loved himself, unconnected untainted . . . Still she realized now that it was not Mark she’d hurt but herself, robbing herself of the experience of falling in love that she must have had, she couldn’t not have had, but she was too busy giving it names and examining its validity to allow it to change her or, at least, reassure her that she didn’t need to change.”

Eden has three main plot lines: the fraying of Dafna and Eli’s marriage after years of trying to conceive a child; by contrast, Alona and Mark’s individual and common processes of personal growth and facing truths (such as those revealed in the above quotes) allow them to see why their partnership ruptured, to remember what they each saw in the other in the first place, and to discover how they might mend the rift; and Roni’s infatuation with a writer 12 years her senior—whose first novel Alona is editing—as well as the teenager’s subsequent affairs with two middle-aged married men.

Alona and Mark’s chapters are the most compelling. Dafna’s emotional distress is convincing, yet she and Eli are almost foils for Alona and Mark whose children add another dimension and point of contention to their partnership:

“One thing in particular Mark found it difficult to forgive her for: the children, rather than he, had discovered her emotional G-spot. They’d ‘factorized’ her, as she said, and then put her back together again. But they’d rewired her control panel so that the old wires were crossed, creating dangerous contacts. And they’d stripped the insulation from the wires with a penknife, and now every emotion was a spark that set fire to the whole system.”

Roni’s chapters are painful to read, and the descriptions of her affairs with adult men evoke a sense of revulsion similar to what readers experience reading Vladimir Nabokov’s Lolita. Nechama’s chapters describe Alona’s childhood and family of origin (her father was the primary parent) and what it is like to lose physical strength and stamina to aging. Reuven’s chapters feel like digressions, though in the role of dirty old man he does provide a physical description of Alona not found elsewhere. Jane’s chapter is a cautionary tale of unfulfilled solitude, the fate of those who give up on conjugal partnership, and her chapter is a kind of epilogue.

For its strong prose and psychologically complex characters whose lives are interwoven, Eden is recommended to all literary fiction readers, especially those interested in marriage and psychology. From a political perspective, Hedaya’s portrayal of Dafna’s employer as naïve and foolish may reflect the righward shift of Israel’s political spectrum, and the Roni chapters can be read as a critique of permissive parenting. The absence of gay characters except for the brief appearance of a young man who collects male child pornography is disappointing. Overall, Hedaya describes in microcosm the tension between individualism and cooperation, and on balance seems to favor the latter. Although Eden’s characters are secular the book reflects Jewish values that strongly support marriage, parenting, and generational continuity.

Anglophone readers who also read Hebrew are advised to read the English version first; if the translation whets their appetite they can take on the longer Hebrew edition. Hedaya’s unadorned, unpretentious Hebrew prose style less difficult than, for example, Amos Oz’s. There’s a grittiness to her colloquial diction that doesn’t always come across in Jessica Cohen’s otherwise fine translation. Anyone who has completed level five of the six levels of Hebrew for foreign students taught at Israeli universities should have no trouble reading Eden in the original.