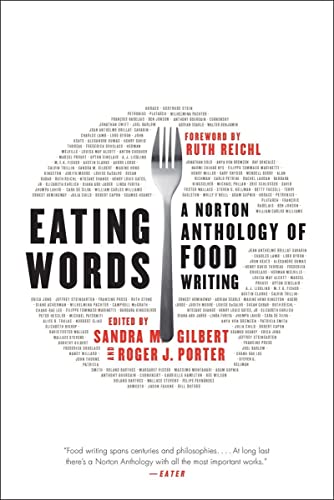 “chock full of delectable morsels to keep even the most discerning reader sated.”

Long before curating content became a job descriptor in the new media space W. W. Norton—the last of the large privately held publishing houses and a standard bearer for old media—was curating content of its own. The Norton Anthology of English Literature, first published in 1962, has gone through nine editions and has sold over eight million copies. Since then, Norton has anthologized world literature, drama, short fiction, world religion, poetry, music, and more.

While publishing many fine books and textbooks, Norton is probably best known for its anthologies, which are considered a go-to source for a reliable survey of its subject matter. To be anthologized by Norton is to acknowledge that a sub-genre of writing or study has reached critical mass both in terms of interest and quantity to be (paradoxically) whittled down to a bite-sized survey of work that is more easily consumed. It is no surprise, then, in our food-obsessed culture that Norton has deemed food writing to be worthy of its own anthology.

As Eating Words: A Norton Anthology of Food Writing reveals, writing about food is as old and ubiquitous as the written word itself. Embedded in everything from scripture to novels to poetry, writers from the ancient poet Horace to the contemporary novelist Chang-rae Lee have written about it.

Why does food figure so prominently in writing of all kinds? Every day, from cradle to grave, we need to eat. Food is something we can all relate to and in the hands of a good writer it can become a stand-in for other topics to do with community, family, culture, desire, sex, death, or any other part of the human condition you can think of. Is there any other subject more packed with meaning than food? (Of course sometimes—to paraphrase Freud—an oyster is just an oyster.)

The editors of Eating Words, Sandra Gilbert and Roger Porter, both professors of English literature, do a fine job of curating food writing through the ages. Offering up a (pick your food metaphor) smorgasbord-box of mixed chocolates-tasting menu-appetizer tray-of writing on food that falls into sub-categories from Food Writing through History to Hunger Games to Kitchen Practices to Cultural Tales and Tables to Food Politics to, finally, Reading Food Writing.

There will be delightful new discoveries and visits with old favorites. Inevitably, though, there will be quibbling about what is and is not included in the anthology. It may be generational, but raise your hand if you find it odd that the great English food writer Elizabeth David has been excluded from this anthology. (She was to Great Britain what Julia Child was to America—someone who was on a crusade to emancipate cooking from the blandness and misery of the war years.) Nor are there any selections from Craig Claiborne, James Beard, or Richard Olney, all of whom were contemporaries of Julia Child and M. F.  K. Fisher who helped elevate American home cooking in the 1960s and ’70s. (Perhaps the editors felt it was enough that Molly O’Neil gives credit to them in her excellent piece, “Food Porn.”)

Quibbling aside no one will go away hungry. Eating Words is chock full of delectable morsels to keep even the most discerning reader sated.