The Driest Season: A Novel 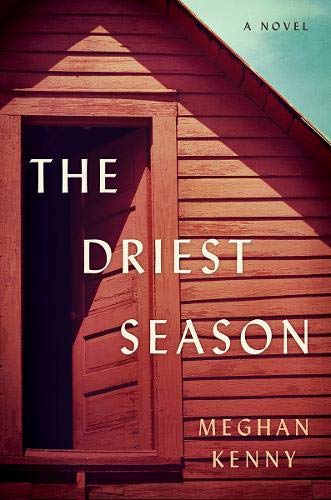 In The Driest Season, it is 1943, a war is being fought, a drought is threatening middle America’s farmland, and death visits unexpectedly.

On a warm summer afternoon, when Cielle is 15 years old, she finds her father hanging in her family’s barn, an apparent suicide. Stunned and in shock, she goes looking for her mother, only to find her submerged in a bath, the water gone cold, and behaving in an odd manner.

She tells her mother, “I found Daddy.”

Her mother’s response is vague, and doesn’t indicate if she knows or doesn’t know the horrible truth. She appears removed from reality, answering Cielle’s statements with sentences that mean nothing.

Cielle needs her mother in that moment as she seeks an answer to the horror she’s discovered, but her mother’s final response is, “We’ll be fine.”

Cielle leaves to go to the Mitchells, longtime friends of the family. On the way she meets her older sister, Helen, yet finds she is unable to tell her what she has discovered, seeming incapable of sharing the tragedy. At their neighbors’, Cielle seeks normalcy in the usual, mundane rituals of caring for Ginger, the horse the Mitchells allow her to ride, as well as in the regular routines of their household.

Her mother eventually shows up in the late afternoon, speaks to Mr. Mitchell in private, and they leave. Upon their return, Cielle is stunned and confused to hear her mother declare her father’s death an accident with a tractor.

Cielle, determined to understand her father’s suicide, is only beginning to grasp the implications of her mother’s decision to hide the truth when the community is threatened by a tornado. After the storm, the barn where Cielle found her father is destroyed, and more importantly the light he’d mounted above the barn door as a way for them to find their home in the dark, is now gone.

Thus begins an unwanted journey for all involved, to reconcile why a beloved husband, father, and a man of regard in a community, would take his own life.  Kenny does an excellent job in establishing the strength of the relationship between Cielle and her father through a series of flashbacks. It’s during one of these flashbacks where we learn the implications of the barn light, and it’s as if Kenny is symbolizing her characters searching to understand his death without the guidance of this beacon.

In crisp, descriptive prose, the setting is well established. From the simple and appropriate explanations of clothing, the farming lifestyle, and the topics of the day during this time frame—all blend together and showcase an unpretentious, modest era and the stalwart way of living in middle America.

Cielle, as the narrator, is resolute in her approach to the events of her life. There are many times where she seems older than 15, while at other times, she is childlike in her navigation of an adult world.

Kenny evokes vivid imagery with her style of writing. The red barn is another factor of symbolism, portraying a centerpiece to the story and Cielle refers to it as “Vibrant. Intact. A beating heart. A swell of love in the middle of nowhere.”

Kenny’s writing is spellbinding and accurately depicts the raw emotions of a family struggling with the stigma of suicide, the heartache of being left behind, and the sense of betrayal that comes with such an act as they are required to make do the best they know how.

This is a story filled with family loyalty, hope, and love, and readers will root for not only Cielle’s family, but for Cielle in particular as she comes of age and is forced to confront much during her tender years, on the cusp of womanhood.