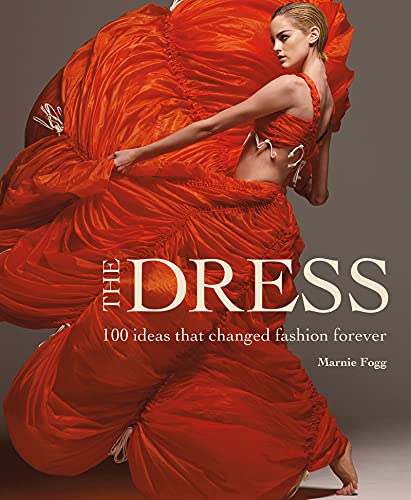 Marnie Fogg has presented a meticulously researched chronicle in The Dress: 100 Ideas that Changed Fashion, but the fashion reader immersed in the world of fashion might take issue with some of her examples. The fact is that fashion readers, especially those of the historical variety, might ruminate that despite this professorial and tutorial dissection of the topic, there is nothing here you haven’t read before in another fashion tome or within a selection of other books on the topic.

When an author is describing a dress, why isn’t there an image of said dress rather than something that might have resulted from the original concept? The same could be said about a painting: Why not show it when describing it? Given the enormity and popularity of museum wings and full fashion museums, images help an author make her point in a far more exacting way.

Nonetheless, kudos to Fogg for assembling, researching, and so painstakingly amassing these 100 ideas. But it is the reader who must decide if there is anything here that is revelatory when it comes to dress design that has not been previously brought to light.