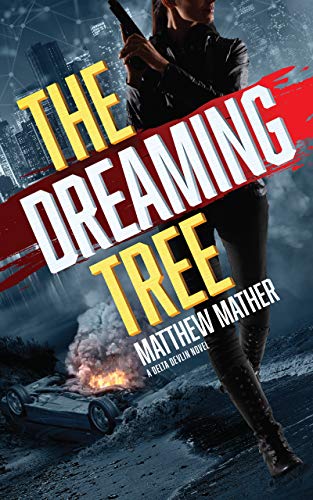 “the story of what happens when one man crosses the threshold of the impossible into the possible, and lays aside his morals and ethics. . . .”

Royce Lowell-Vandeweght has the dubious honor of being the fourth full-body transplant and the second successful one. Not the first, that went to Britisher Shelby Sheffield, who is now home after the same surgery saved Royce’s life.

Royce isn’t certain he’s happy about that fact or not.

Royce Lowell was in an auto accident, his body crushed beyond repair. No way he could survive until Dr. Danesti arrived from Eden Corporation, saying he could save Royce with his new procedure—involving grafting Royce’s head on a new, unharmed body.

Royce lives, but he’s beginning to wonder if that’s what it should be called. He now suffers from “phantom limb,” or in his case, “phantom body.” He swears he can still feel his old body moving, along with his new one. The body he now possesses doesn’t feel right. It even smells different. He has to wear a biosuit needing to be recharged often, and there are myriad pills he has to take, preventing the body he now calls his from rejecting his own head.

He also has memories—of people and places he knows he’s never seen. One, in particular is of a woman and a child, and he has a terrible feeling those two are in danger.

“Transplant patients often take on the characteristics and habits of their donors. This is just people who’ve had heart and liver transplants. Imagine what would happen with a whole body transplant.”

Royce suffers from blackouts and that and the alien memories make him wonder if he’s slowly going insane. He becomes fixated with discovering his donor’s identity: Whose body has now become his own?

At the same time, Detective Delta Delvin’s investigation of a missing hiker brings her into contact with Royce. Del is also unusual. She has a mutated gene enabling her to see more colors than other humans.

“When we go to a crime scene, I can see stuff no one else can. I can detect things in the dark.”

What she sees when she looks at Royce is confusing.

“His arms were blue-green-pink against the steady blue-blue-pink of his face. It was like seeing a unicorn. She couldn’t help staring. It wasn’t often you saw a unicorn.”

Since Royce is fiercely sheltered from publicity by both his doctor and his wife, it would seem the detective and the transplantee will never to meet again, but fate has a way of changing things.

Royce’s search for his donor’s identity and that woman and child collides in a big way with Del’s search for a killer. Both achieve their goals, but in the process they’ll enter a world where the wildest mad-scientist ideas of science fiction have been turned into fact, in which some people are willing to spend millions to live forever.

“Most people are worth more dead than alive. I wonder what someone like Roy is worth alive? And to whom?”

The future could be bright, if you have the money to survive it.

In the discussion following the novel, as well as in the story itself, it’s stated the first human head transplant may have possibly already been performed. Since in vitro fertilization as well as heart and transplants of other organ and bones are now fairly common practice, one may view this chilling announcement as a given and wait for the television news announcement.

It’s always been said that science fiction writers’ predictions are one step ahead of actual scientists’ goals, and one only has to look back at the items in earlier sci-fi stories to know this is true. Portable phones, lasers, Artificial Intelligences of all manner, shapes, and sizes . . . one has only to compare modern life today with that of even 20 years ago to confirm this.

The idea of prolonging life in the way discussed in The Dreaming Tree, however, while on the surface, may sound thrilling, after the initial joy, the thought becomes chilling, even repugnant. As Mather writes, “It should be feasible, but morally and ethically? History shows us that once something becomes possible, it isn’t long before someone crosses that threshold, come what may.” Not only morals and ethics involved for both surgeon and patient, but legality, also.

The Dreaming Tree is the story of what happens when one man crosses the threshold of the impossible into the possible, and lays aside his morals and ethics. While this novel may be considered an entertaining fiction, it’s a frightening glimpse into a future that may already have arrived.