The Dream Lover: A Novel 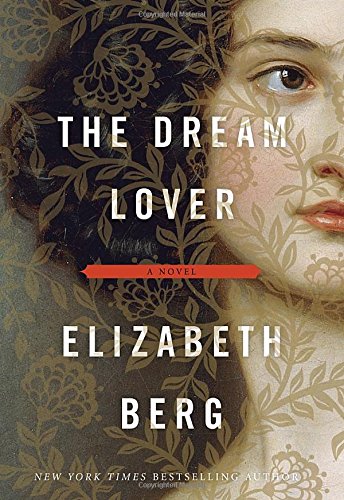 Elizabeth Berg fans know her talent for creating gripping and relatable contemporary characters with their recognizable struggles and emotional ups and downs. In The Dream Lover, Ms. Berg departs from that familiar territory, delving into historical fiction. The Dream Lover brims with facts and details about George Sand, the unconventional prolific woman who was France’s first female bestselling author.

George Sand was born Aurore Dupin in the early 1800s—a time when men enjoyed privilege and control and women are supposedly content in their domineering shadows. Aurore, the daughter of a beautiful former courtesan and the aristocratic young soldier who falls madly in love with her, clearly does not fit that mold.

The story opens as Aurore reaches an agreement to a trial separation from her husband. She will live her life in three month intervals; three months with her young son and daughter in Nohant, at the country estate she inherited from her father’s family; and three months childless on her own in Paris.

Aurore begins her transformation shortly after arriving in Paris when she gets a job as a theater critic. She changes her name to George Sand and begins dressing like a man because men get cheaper theater seats. The story is told from Aurore/George’s point of view, shifting in time between Aurore’s childhood and George’s avant-garde adult life.

As a young child, Aurore is left in the care of her father’s mother. Grand’Mere Dupin loved her son fiercely, but never accepted his disreputable wife. Grand’Mere takes charge of Aurore’s tutelage, intent on teaching her to live a proper and dignified life. Aurore has contentious relationships with both her mother and grandmother—and later with her husband, daughter, and lovers. She seems destined always to suffer an insatiable craving for a different kind of love then what she experiences in her life.

The novel’s pace and tone capture the feel of the times. That may make this a slow read for some Elizabeth Berg fans of page-turning conflicts and pacing.

In a passage in The Dream Lover, one of George Sand’s friends says of her latest novel, “You will astonish people with what you have done. It will not be a novel for casual and non-discriminating readers who flip pages rapidly . . . It will not be for people uncomfortable being challenged by literature.”

This seems an apt quote about The Dream Lover, too.