The Drama Teacher: A Novel 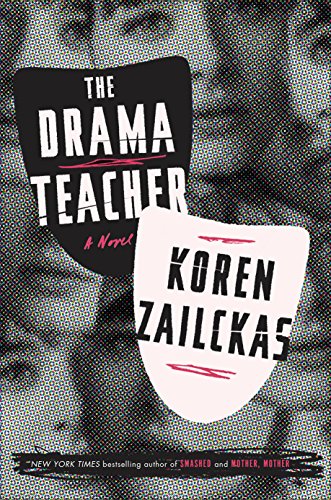 “The Drama Teacher . . . is a masterful psychological thriller. Readers will laugh at Gracie's hijinks and marvel at her audacity.”

Koren Zailckas hit the publishing world in 2005 with her successful memoir Smashed about teenage alcoholism. In 2013 she followed with her first novel Mother, Mother that won the Alex Award. The Drama Teacher further solidifies Zailckas reputation as a top-notch psychological thriller novelist. In her first two novels she has taken the mother-child relationship and turned it on its ear. With The Drama Teacher Zailckas has written a powerful portrait of a deeply flawed woman.

The Drama Teacher introduces Gracie Mueller and her children. She's an aging beauty who has managed to snag a husband, Randy, after her first marriage fails. Randy's real estate business takes a turn for the worse with his own house mortgaged to the hilt. He relocates to Florida and leaves the family in New York while he tries to salvage his business. When Gracie suspects infidelity and finds out they could be evicted from the house at any time, she does what she does best: comes up with a plan to survive.

Gracie is haunted by fragmented memories of a past that has shaped and molded her into a chameleon. She learned from two of the best con artists in the business, her first husband and her father. This past has forced her to embrace and live in the morally gray area of life. On the one hand she is a devoted mother to her children. On the other hand she will do anything to keep the precarious life she's built from falling apart.

After one of her cons ends in tragedy Gracie doubles down and plays the role of her life as a drama teacher at a prestigious school in New York City. Acting to Gracie comes naturally, but her children are showing cracks from the strain of changing identities. After two failed marriages, Gracie saw Francis as another mark, a way to give herself and her children a new life. Love was for suckers. Francis changed all that the first night they had sex, "like he was reading Tennyson: totally engrossed, treating me like I was this moving and complex piece of literature."

For the first time, a normal life is within reach when Gracie's past catches up. All the secrets, lies, deceits, and cons come crashing down around her family. Will Gracie have the strength to play out the final act and turn her life and those of her young children around in time?

The Drama Teacher, with a film adaptation coming from Fox, is a masterful psychological thriller. Readers will laugh at Gracie's hijinks and marvel at her audacity. What makes Zailckas such an exciting writer to watch is her way of presenting women with all their flaws and courage to keep trying to get to the truth.