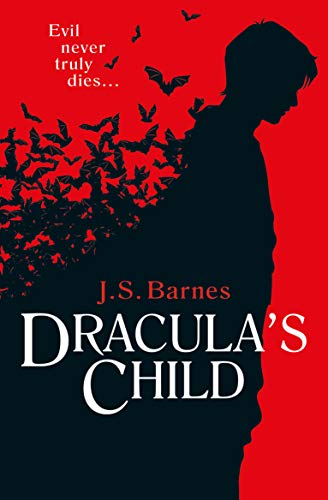 “In style, story content, and characterization, Dracula’s Child is truly the sequel to Bram Stoker’s Dracula, succeeding where other, more famous attempts failed.”

It is November 6, 1903, and it is Quincey Harker’s 13th birthday. There’s a small gathering of his parents’ friends—Dr. Jack Seward, Arthur, Lord Godalming with his new wife, and Abraham Van Helsing—to celebrate.

Unfortunately, during dinner, the professor suffers a stroke. Confined to bed in the Harkers’ home, and cared for by Sarah-Ann Dowell, a nurse Dr. Seward has provided, he will never regain consciousness or see the havoc his incapacitation triggers.

Immediately upon Sarah-Ann’s entry into the Harker household, things change. The nurse complains that Quincey looks at her, not with the gaze of a child, but that of a lustful adult. Mina becomes suspicious of the relationship between Jonathan and Sarah-Anne, and Quincey makes cryptic, sinister allusions.

“‘It concerns nothing that is without at all,’ Quincey said. ‘Rather, it relates to what is within me. There is a kind of war within me. Between two fathers. You, Jonthan Harker, and—’”

‘Yes. Yet in a certain sense, there is—is there not?—another?’”

In Roumania, two men return from a harrowing experience. Actor Maurice Hallam, and Gabriel Shone, the hedonistic ward of a nobleman, have escaped from a ruined castle where they were tortured by gypsies. As a result, handsome Gabriel is now facially disfigured and has begun making veiled threats at someone he calls “the Dutchman,” whose imminent death he is waiting for.

It isn’t long before Hallam divines the truth; Gabriel has been chosen as the harbinger, paving the way for the vampire lord’s rebirth and return to enslave England.

“There exists a sense of malevolent presence. Of some sinister, invisible watcher. How blissfully easy it would be for the two of us to fall together into insanity and death.”

Summoned back to the sanitarium from his Harley Street offices, Jack Seward is given R. M. Renfield’s diary by the new tending physician. Reading it, Seward finds himself taken with an overwhelming desire to trace his former patient’s origins.

“Arthur sighed. ‘Can’t you feel it?’
‘Whatever do you mean?’
‘This sense of something closing in. Like a net. Pulling tight around us.’”

Seward disappears into the English countryside, not telling anyone where he’s going.

With Hallam and Gabriel’s entry into London, the havoc previously wreaked by the vampire begins again, but on a much larger and more devastating scale. Within a short time, the city, the surrounding towns, and at last the entire nation is engulfed in a cataclysm of death and resurrection, as person after person is infected.

“Were we not warned? Did he not make the promise long ago? That he would spread his revenge over centuries?”

As all gather awaiting the return of the vampire king, they realize only one factor is missing—Quincey, the essential ingredient in bringing him once more into existence, for when Dracula enthralls Mina at their previous meeting, he placed within her the essence to make him live again, and it now dwells within her son, whom the vampire also claims as his child.

“‘The Professor is dead. Your country has delivered itself willingly to my command. And the child—my son—shall soon stand at my right hand.’”

The Preface of this story is set in 1914, as Lieutenant Quincey Harker prepares to join the troops in France fighting in the War to End Wars. Having gathered all the information he can on the terrible events happening the year he entered his teens, he now releases it as a warning to the world.

Told in the epistolary form of diaries, correspondence, and newspaper articles, the novel closely follows the format set in the original by Bram Stoker.

The language, style, and use of characters, as well as references from the previous novel meld together to create a story that could have possibly come from the pen of Stoker himself.

It’s interesting to note that, as with other stories making this same attempt, Jonathan is treated as weak-willed and ineffectual—“’His nerves are delicate,’ Mina explains.” That may make the reader wonder if this characterization is simply to point up how strong and brave Mina is, for in the original novel, Jonathan’s assisting of Van Helsing and the others isn’t that of a man suffering from “nerves,” any more than is the way he eventually rallies to the cause in this story. Perhaps this is because in Stoker’s day, one rarely recovered from such a trauma-inducing event.

It’s also to be noted that, once again—and this time, ironically—Mina is protected by the others, even Quincey, no matter the cost to themselves.

With strong descriptions and plot, J. B. Barnes has written a story that deserves a spot on the bookshelf next to the original. In style, story content, and characterization, Dracula’s Child is truly the sequel to Bram Stoker’s Dracula, succeeding where other, more famous attempts failed.