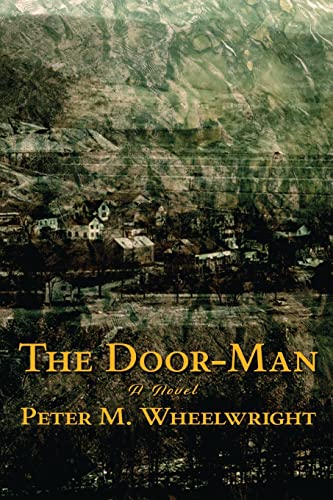 Peter Matthiessen Wheelwright’s novel The Door-Man includes an intricate family tree titled “The Lineages,” with “Lineages by Birth” and “Lineages by Belief & Circumstance,” along with a list of “The Witnesses.” An excellent addition to this breathtaking novel, for as with War and Peace and the World Series, it’s challenging to tell the players without a scorecard.

And as with Tolstoy’s classic and the classic contest pitting the American League champions against the National League winners, this is a challenge well worth rising to.

The Door-Man, with elements of historical fact alongside the facets of fiction, is as unforgettable and expansive as Manhattan’s Central Park, the urban paradise near the building where the novel’s title character helps upper crust New Yorkers with their entrances and exits. This keeper of the gates is named Piedmont Livingston Kinsolver III. He is called “Kinsolver” and, as he tells us, “I am only a door-man, one of many along Central Park West. No one suspects that it is my considered choice.” Kinsolver is the son of Livingston Kinsolver and the grandson of Piedmont Kinsolver; “I have their blood, and I am the one at the end of their line, the one left to clean up the mess.”

The story begins in 1993, the year of the decommissioning of the Central Park Reservoir. Along with many years in between (and going as far ahead as 2013), The Door-Man moves to 1917, when a large reservoir to serve the thirsty citizens of New York City was being constructed in a village in the Catskills named Gilboa, setting in motion an assault on that small town, on fossils from an ancient forest identified by Winifred Goldring (Kinsolver’s grandmother), and on three generations of intersecting families.

Families, as Kinsolver’s great-aunt observes, are “like rivers, flowing in separate courses toward a shared sea, always to meet again.” Will readers of The Door-Man be reminded of the observation of the author of War and Peace that “each unhappy family is unhappy in its own way”? Quite possibly, for this is a searing chronicle of man’s inhumanity to each other and to the natural world. That Wheelwright, whose first novel, As It Is on Earth, was awarded a PEN/Hemingway Honorable Mention for Literary Excellence in Debut Fiction in 2013, makes this story life affirming and even love affirming is something of a man-made wonder.

There is a wonderful sense of living history in The Door-Man. In a chapter set in 1917 in what was then called “The Central Park,” John Phillip Sousa’s marching band appears, as does “an unfamiliar piece of music called the ‘Star-Spangled Banner’ which President Wilson had only recently proclaimed the new Anthem of the United States Military.”

The deeply personal and profoundly communal histories shared in The Door-Man convey so many permutations of life: love, longing, betrayal, murder—a panorama of tragedy, comedy, lust, and greed is to be found within these pages.

And it’s not the story alone that engages. Many of the names of the characters are poetry and punchlines: Reasonable Pelt, Endurance Fuller, Lincoln Lincoln (whose mother “met the sixteenth President at Appomattox”), Rembrandt Stikkey, to highlight just a few.

Wheelwright begins the chapters with a title, a time and place setting, and a quotation, with sources for those quotations ranging from the Bible to Shakespeare’s works to the New York Times front page. The titles end with ellipses, which can be welcomed as an invitation to move ahead to see what will happen next; an intriguing use of three dots in a row, not that any encouragement to turn the page is needed.

There is awe, cruelty, and salvation to be found within The Door-Man. In spanning decades and encompassing so many souls, it can indeed seem as infinite as Central Park, filled with lush landscapes, vast expanses, and mysterious paths to follow at the end of which lies the unknown.

At the risk of skirting the indolence of the copycat in borrowing Wheelwright’s distinctive use of punctuation: Do. Not. Miss. This. Book.